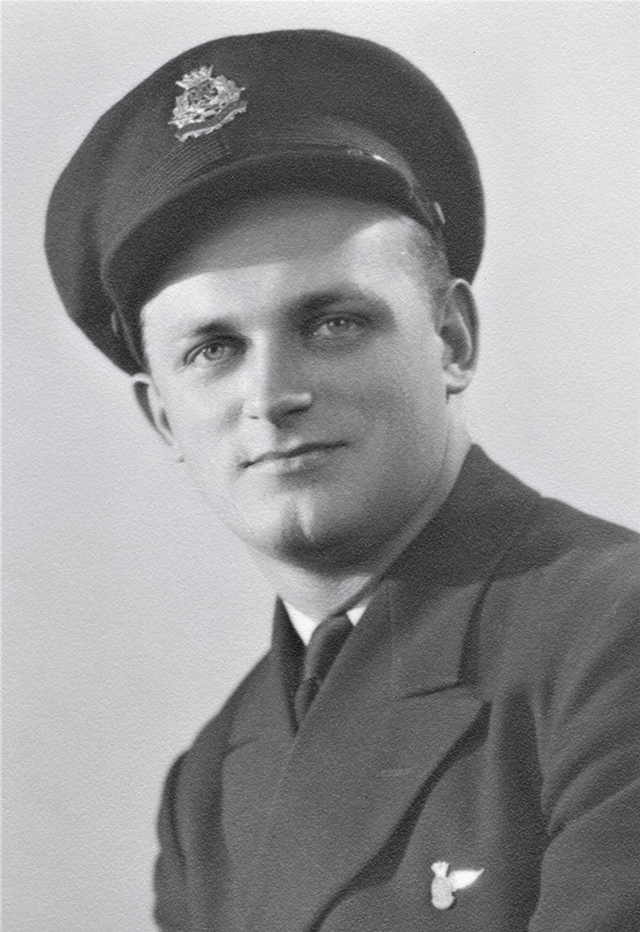 Gordon’s family invites you to join them in helping VTN deliver crucial therapy to struggling veterans across Canada.
This fund was established in honour of Gordon Molnar, a Canadian veteran of the Second World War. After his military service, Gordon transitioned into civilian life to became a dedicated business manager and mentor, who keenly understood the value of ‘behind the scenes’ operations and administrative support. With this in mind, his family has set up a fund that directs all donations made in Gordon Molnar’s name towards much-needed computer and office equipment for the Veterans Transition Network staff.

“Operational funding is indeed the most difficult – you’re actually the first people (including organizations) who have ever reached out and wanted to provide funding specifically for operations work! Thank you very much for understanding the work we do behind the scenes.” – VTN Staff

Gordon joined the war effort at the outbreak of the Second World War, declining a prestigious violin scholarship at the Royal Conservatory of Music to become a skilled Morse Code operator. Initially stationed at Gander, Newfoundland, he was later assigned to RAF Ferry Command as a Radio Officer/Navigator, where he navigated Dakotas, Hudsons, Marauders, Liberators and his much-loved Mosquitos along the North Atlantic, Greenland, UK, Brazil, Ascensions, and African routes. In 1944, he married the love of his life, Helen (nee Miko) in Toronto and had a large and happy family. Over the years, his dedication and hard work in the business community were highly respected and he became the General Manager of Webster & Sons Limited. His later life was filled with music, travel, golf and many bright moments filled with the love of family.

Together, let’s support the people that support our veterans!

What is the Veterans Transition Network?

The VTN is a Canadian Veterans’ charity whose sole activity is to providing free-of-charge transition & therapeutic services to Vets regardless of their location or situation, making sure that nobody is left to “fall through the cracks”.

Our programs are unique in that veterans and psychologists work together to deliver them, making them authentic and accessible for all participants.

How much of my donation goes to veterans?

All private donations go directly in full to our delivery of Veterans Transition Programs, giving us the ability to offer them nation-wide in the most efficient manner possible.

Do I get a tax receipt?

As a registered charity, we issue tax receipts immediately by email upon donation.

How do I donate via Cheque or Stock?

We can also accept stocks for market value at time of receipt, please contact donations@vtncanada.org to arrange.