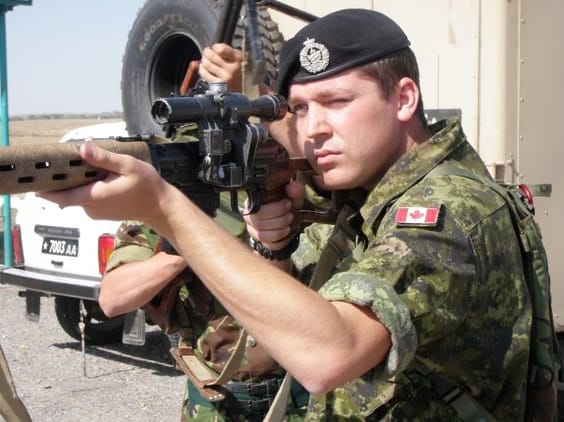 Oliver Thorne, VTN executive director, told the Winnipeg Sun that veterans need attention immediately, adding the program helps with service-related post-traumatic stress disorder (PTSD), depression, and anxiety, which are exacerbated by COVID-19 challenges. The overarching purpose, he said, is to bring men and women together in peer groups.

“That’s something military individuals – veterans in particular – struggle with,” he said. “Because their experience is so unique in its challenges, and that’s not well understood by Canadian society because it’s such a specific experience. So they often find it a real challenge to be understood, and to have their experience understood.”

Statistics Canada reports that every year, thousands of Regular Force members of the Canadian Armed Forces transition from active duty to civilian life. Two out of five veterans reported difficulties in their transition. On a yearly basis, 12% of veterans collect disability, 57% work or run a business, 4% attend school, and 21% are retired and not looking for work. Four per cent are undefined.

VTN has received program feedback that suggests veterans find relief when they’re able to speak and interact with colleagues – particularly during periods of unprecedented social isolation. Thorne explained that women and men encounter different challenges during the pandemic. Women, he said, have the added pressure of caregiver roles.

“There are additional stresses on them, managing the family around the clock,” he said. “And so the ability to go into this retreat format for five days, and to be able to focus on their own needs, is just a huge relief.”

“They don’t know where to turn,” he said. “They can turn to negative coping strategies – one of those is social isolation. The challenge we have with government-mandated social isolation is that it allows people to slip into that negative coping strategy. Bringing them together again in that group of peers, men or women with a shared experience, allows us to pull them out of that.”

VTN co-founder Tim Laidler, who was deployed in the Kandahar area of Afghanistan as a convoy escort troop, crew commander, acting station second-in-command, RWS gunner, and RG-31 driver, said serving in the military is nothing like a Hollywood movie. Even so, he returned to civilian life feeling isolated and out of place. His experience with VTN spurred him to complete a Masters of Counselling at UBC, while at the same time spending thousands of volunteer hours to create VTN.

“Everyone went back to their day jobs,” he said. “All of a sudden I had all these people who I had really intense experiences with over 18 months, and now they are no longer there. And I’m sitting in a class with a bunch of university students who complain about the usual things that students complain about. It’s so hard to reconnect. You start to lose touch of the reality of it (serving). I know I went there, but what was the purpose? What did I achieve? You get lost in your own thoughts of like, was it all worth it?”

Laidler said being in a retreat setting with other veterans gave him space and time to unpack and process his experiences.

“Getting veterans back together in groups is half the battle,” he said.

VTN national transition skills course is open to military and RCMP members of all genders and ages – active or retired. Course, travel and accommodation fees are covered by charitable donations and government grants.

“Contact us and we can help,” Thorne said. “We understand operational stress injuries. We have specialized psychologists and veterans at our retreats. Transition is tough, we get it.”

To learn more about the Transition Skills Course, email: neveralone@vtncanada.org.

About the Veterans Transition Network

The Veterans Transition Network is the only Canadian charity delivering mental health services to veterans from coast to coast. Their mission is to make sure no Canadian veteran is left suffering in isolation. The VTN’s programs, designed specifically for veterans, are backed by over 20 years of research and have a 95% successful transition rate.