‘Tenacity and ingenuity’: Veterans are overcoming the dangers of pandemic isolation

By Ryan Flanagan – Toronto (CTV News), Nov 11, 2020 — The COVID-19 pandemic is making it more difficult for Canada’s veterans to get the help they need, but some veterans are finding ways past those barriers.

“They are showing by example how to reach out, becoming creative and innovative in showing ways to check in on your brother, check in on your sister, try to stay connected,” retired Canadian Forces officer Doug Allen told CTV’s Your Morning on Wednesday from Halifax.

In normal times, communication and fellowship are vital for helping veterans reintegrate into their communities. The Royal Canadian Legion and other organizations bring veterans together, giving them the ability to support each other as they try to readjust to civilian life. 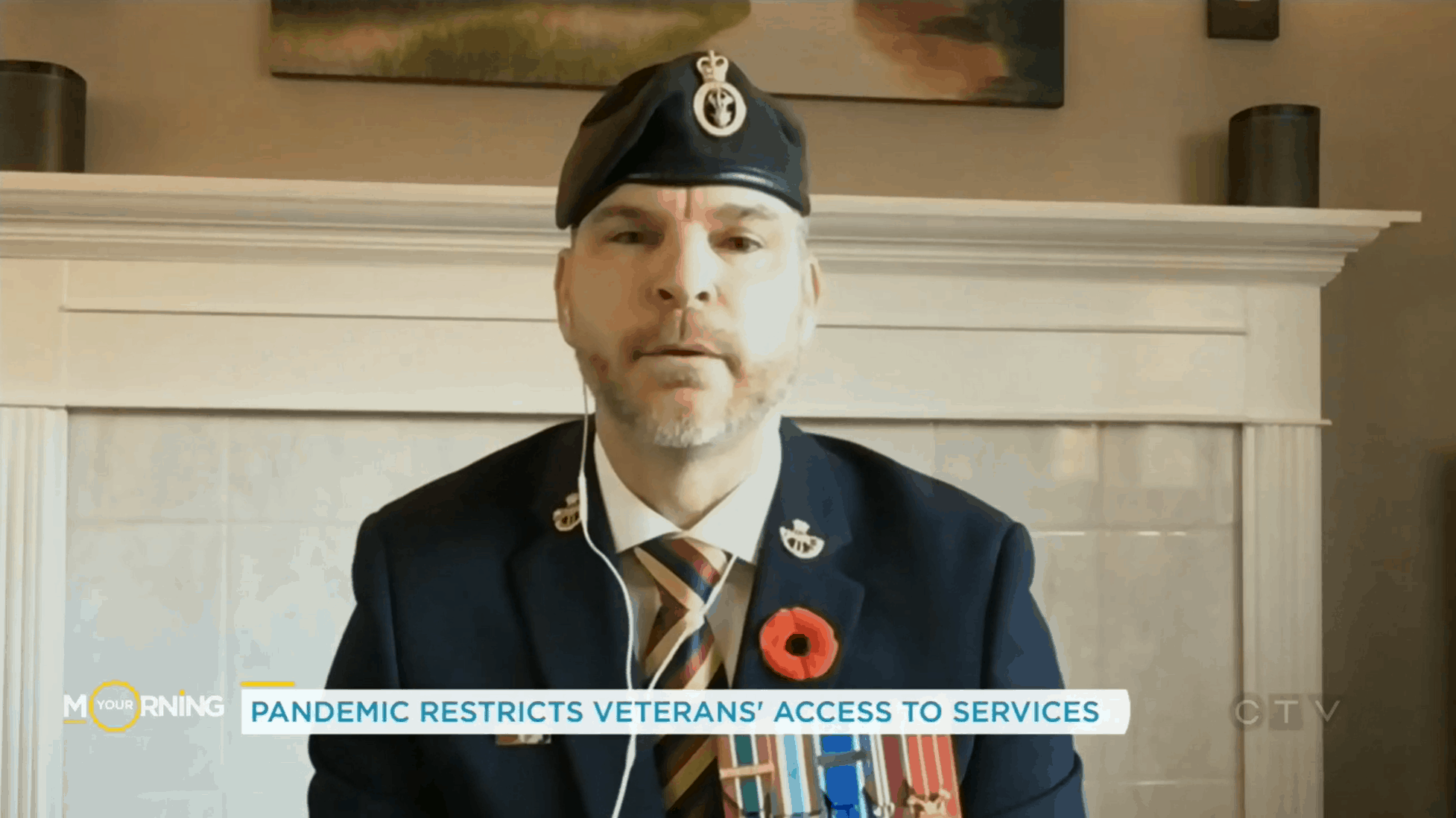 For the last eight months, though, that hasn’t been possible for veterans in many parts of Canada.

“Now with COVID, the only person they’re able to sometimes get out and relate with is their therapist,” Allen said.

Even that can be difficult. According to the Veterans Transition Network, hundreds of Canadian veterans are currently on a waiting list for mental health support.

Some veterans have pushed off their treatment, delaying it time and time again as the pandemic drags on. Others have looked for support on social media, which Allen said carries its own difficulties.

“It’s not authentic; it’s not genuine; it’s not a true connection,” he said.

But through phone calls and Zoom sessions, by speaking to students and attending virtual Remembrance Day events, veterans are finding ways to share their stories and come together even when they’re physically apart.

“The tenacity and ingenuity of veterans – they still manage to reach out and find each other,” Allen said.

The federal government announced Tuesday that it is creating a $20-million emergency fund to help prop up the Legion and other veterans’ organizations. More than 20 Legion branches have closed since June, and the organization has said another 100 are at risk of meeting the same fate.

Allen described this funding as welcome news, and said he would also like to see a targeted initiative aimed at getting veterans physically together again.

“When they’re overcome with trauma, suddenly they feel all alone,” he said.

“We need to be able to correct that and move them into a group space setting, where they’re not alone.”