By Licia Corbella – Calgary Herald, Aug 11, 2021 — As the Taliban gains strength in Afghanistan, many Canadians who have worked with brave men and women in that troubled country are doing everything they can to help bring endangered interpreters and other Afghans who helped our troops to Canada.

Ashid Bahl, president and founder of For the Love of Children Society of Alberta, says he’s working the phones, writing emails and pulling every string he can from Calgary to help interpreters who helped him establish schools and orphanages in Afghanistan and whose lives are now at risk from the Taliban.

“I’m worried sick about them and their families,” says Bahl, who over the course of the 41 years he’s run his charity has helped about one million children and their families with only volunteer help, including his. 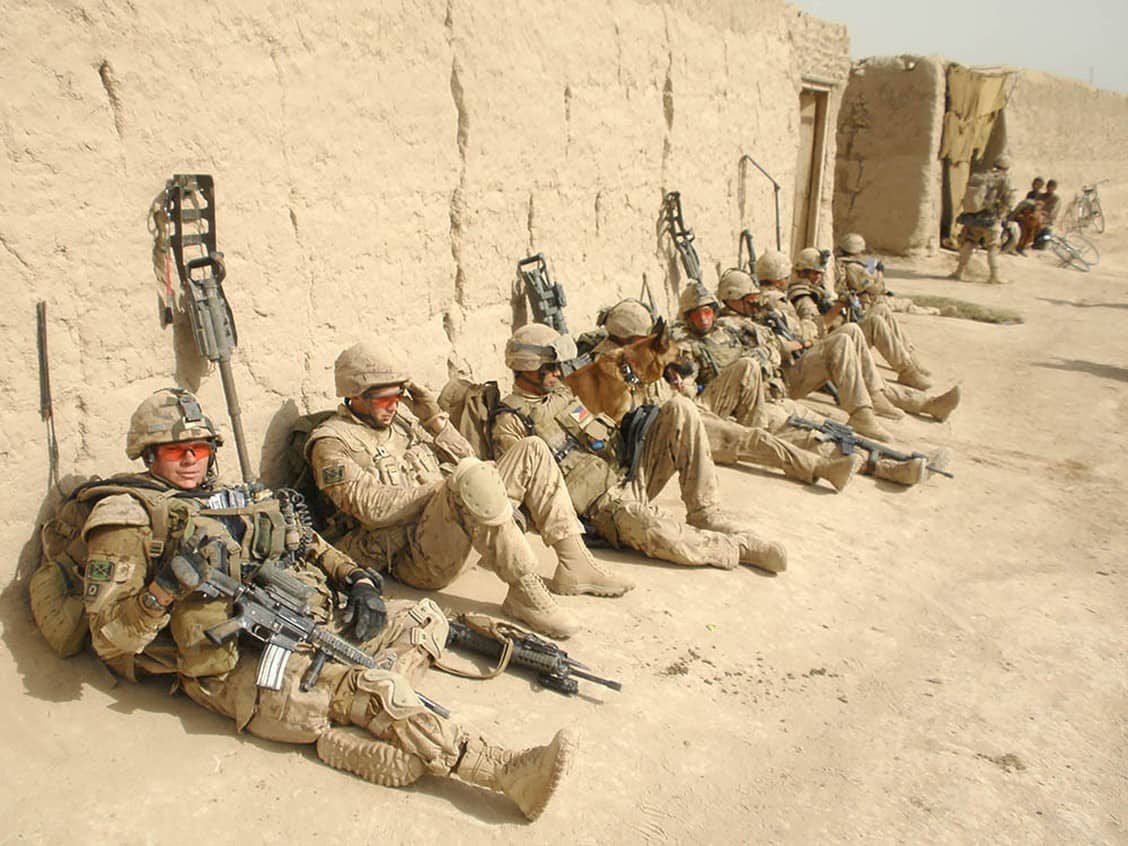 Bahl says he encouraged one of his agents in Baghlan province in northern Afghanistan to flee with his family to Kabul to go to the Canadian embassy there just last week, only to be sent away.

“He was turned away from the embassy by the security guard and when he returned to Baghlan he learned that the Taliban had come looking for him. He has since fled again to Kabul with his family and is desperate to flee but he’s getting no help from the Canadian embassy there even though he helped Canadian troops,” says Bahl, who has been wiring the man money to help him and his family.

Bahl has been successful at getting some interpreters out of Afghanistan, including Khalid, 33, who now lives in North Virginia, and who refers to Bahl as “dad.”

Khalid was just 16 years old when he first started interpreting for Canadian and U.S. troops and some NGOs (including for Bahl) in Kabul 17 years ago. It was a role he continued until Bahl helped him escape Afghanistan through Russia after the Taliban made repeated threats to his life.

Khalid finally made it to the U.S. in February 2008. He was rehired by the U.S. and returned to Afghanistan as an interpreter for U.S. troops there.

“There’s too much red tape for interpreters,” Khalid said during a telephone interview Tuesday. “I’m worried for many people I’ve known and right now it’s a race against time to prevent a humanitarian disaster.”

Corey Shelson, a Canadian Forces Veteran and advocate for the immediate evacuation of stranded Afghans is supporting a group of veterans and concerned citizens who are using their own money, contacts and abilities to co-ordinate the urgent efforts to help their “colleagues and comrades,” who worked alongside our brave Canadian troops as part of NATO’s International Security Assistance Force (ISAF).

U.S. President Joe Biden’s decision to withdraw ground troops from Afghanistan by the end of this month — 20 years after the 9/11 attack on America in 2001 — has resulted in Taliban insurgents taking back 80 per cent of Afghanistan.

“They’re locking people down in these small villages and in the cities they’ve overrun and they’re making people do fingerprints and if they find any connection to the Canadian military or Canadian development projects they’re executing them on the spot,” said Shelson, who spent eight months in Kandahar in 2010 as a combat engineer and troop commander mostly finding, dismantling or neutralizing improvised explosive devices (IEDs) but also setting up camps for the troops.

“The Taliban are either cutting their heads off or they’re tying their hands behind their back and shooting them in the face and leaving them on the road,” he said.

Shelson, who is president of a digital marketing firm in London, Ont., says the federal government has botched the process for months now. That process initially entailed giving these people — which includes others who worked on ISAF bases, including cleaning staff, many of whom don’t speak English — 72 hours to apply online, in English in a country where only 13 per cent of the country has internet access.

The Afghan government is requiring those who want to leave to have a passport, not an easy situation in Afghanistan at any time. That’s largely out of the Canadian government’s hands, but Canada’s government is also forcing these desperate people to get a negative COVID test and fill in complicated forms in English.

“There’s no reason we should have these people fill out 15 to 20 pages of documentation. Most of these people do not have a computer and don’t speak English. So if you’re asking people to download English forms on a computer that they don’t have, using software many Canadians don’t even have, from a website that you can only access from the internet, it starts to make this process extremely cumbersome even for the most educated people in that country.”

Now the Taliban is ramping up attacks in Kabul and other major centres where the airports are and where our government is asking people to drive around to targeted places to get their fingerprints and photos taken.

Shelson says one thing that can be done to simplify things is to group those who have lots of documentation into a separate category and process them out of Afghanistan in a safe third country or military base.

“You could have somebody who worked for multiple years as an interpreter, wearing a Canadian military uniform and has letters of recommendation from all sorts of Canadian forces members. That to me seems like a pretty easy application. These should be no brainers and should be expedited through the evacuation process. You also have folks who worked for a shorter period of time, have no record of service or references. Those files are going to be a lot harder to deal with. So, why are we treating them the same?”

The federal government says it’s doing “everything” it can.

Shelson says much more than the fed’s current effort needs to be done.

Shelson made it clear that up to this point the Canadian government has not provided financial support to those currently stranded and stuck in the bureaucratic application process. “Organizations like the Veterans Transition Network are raising funds and distributing them to individuals and groups in Afghanistan who are paying for housing, security, food, clothing and supporting these stranded folks and helping them get their documentation in order. I encourage Canadians to donate if they can. “

Shelson believes that the feds should be stepping in and providing funding to these organizations and cutting the red tape — now!

Lives are on the line and multiple government planes should be filled with these men and women every day to bring them to safety until they are all safe. They helped keep us safe, now it’s our turn.

Originally published by The Calgary Herald on August 11, 2021.