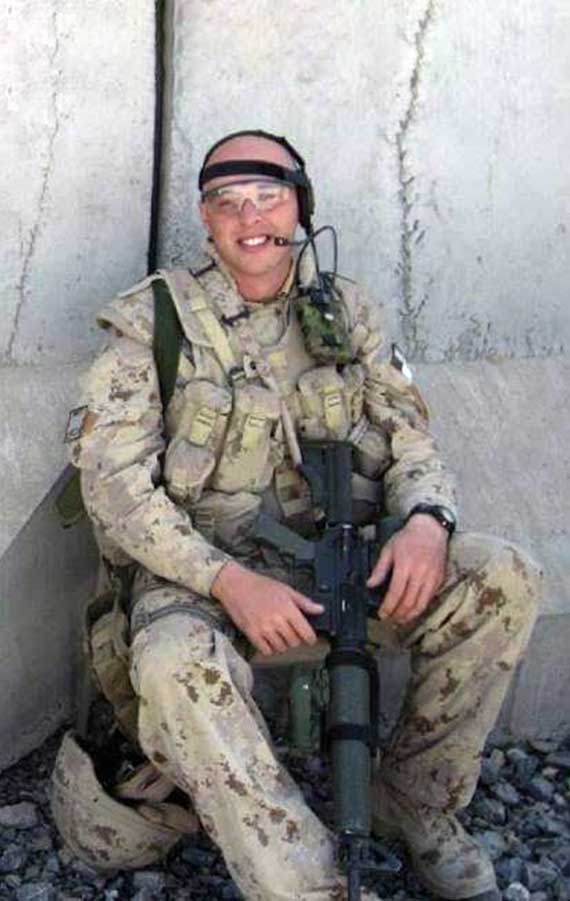 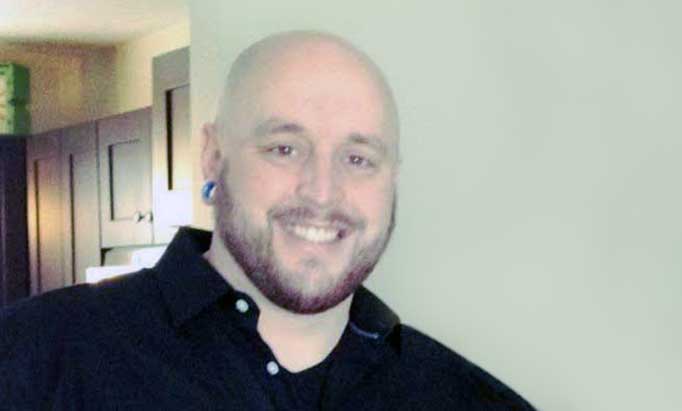 Once you’ve got it, you’re stuck with it.

That’s precisely what I used to say about PTSD. When I left the Navy in 2013, I was numb, and there was nothing anyone could do to “fix” me. At least, that’s what I thought.

I was born and raised in Newfoundland. My childhood was pretty much what you’d expect from a small town kid. Where I grew up, everybody knew everybody else and, if you weren’t careful, your geography could easily determine your destiny.

As high school graduation approached, I could read the writing on the wall. Work was scarce, and my options were limited, so I made a decision: I joined the Army.

Basic training in Saint Jean was fine. So was my technical training in Borden. But as I got towards the end of all that, I realized that the Army wasn’t the right place for me.

Still, I wanted to serve my country. More, the feeling of brotherhood and the sense of purpose I discovered in the military was unlike anything I’d experienced before.

Rather than grit my teeth for the next couple of years or, worse, turn and run, I made another decision: I cross-trained into the Navy. At that time, the Navy was in serious need of sonar operators. So, nobody kicked up much of a fuss when I made the switch.

After a short stint in Victoria, I was posted to the HMCS Fredericton in Halifax. Right away, I realized that the Navy was just where I needed to be. For one thing, I loved life on the water. For an average of 3-4 months out of the year, I got to see the world. 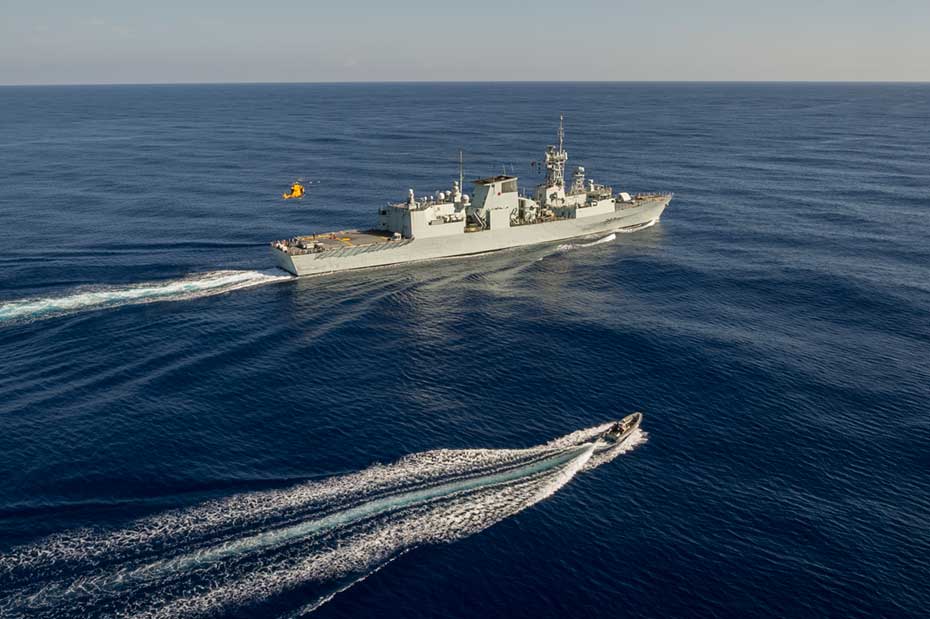 The Beginning of the End

In 2008, I found myself preparing for a deployment to Afghanistan in September. During training, I tweaked my back—a simple injury most of us wouldn’t think twice about. I popped a few pills, stuffed the pain, and went about my business. The last thing I wanted to do was go see a doctor and derail my deployment or, worse, my career.

The pain lingered throughout my deployment. It didn’t help that I carried on without any rest, further subjecting my back to seven months’ worth of tweaks and strains.

I kept popping pills, but eventually, I couldn’t ignore the pain any longer. A few x-rays later, I found myself sitting in front of a doctor as he talked to me about the compression fracture in my back and the rapidly approaching end of my service in the Navy.

For the next year, I fought tooth and nail to keep the Navy from sending me packing. Since my deployment, I’d been posted to shore at the Meteorology and Oceanography Center in Halifax, so my physical job performance was never an issue.

But, as I fought, other issues began to emerge.

Painkillers weren’t enough for me. Rather than deal with the physical pain in my back or the emotional pain of Afghanistan and my all-but-certain release from the military, I added heavy drinking into the mix.

And, although I was able to do my job physically, I started losing my psychological composure. Little things at work started to irk me more than they usually would. I was angry a lot of the time and hostile towards my coworkers.

Eventually, I went into full shut-down. For reasons I couldn’t describe at the time, I slid into a state of emotional numbness. It’s like I became a robot. At that point, my doctors decided it’d be best just to keep me home until I could fully process out of the military.

The Navy finally released me in 2013. Life after that was confusing. The military had provided so much structure in my life. But now all that was gone. Worse, I didn’t have a job to go to that could fill the void. I felt completely lost.

After the military, insurance benefits kept me afloat for a while. But once those ran out, VAC took over. As my sole source of support, I didn’t take anything they did for me for granted. My mentality towards VAC became “don’t bite the hand that feeds you.”

So, when my case manager called and said I need to check out VTN, I didn’t fight back—at least, not externally. Internally, I thought it’d be a waste of time. I had PTSD, and as far as I knew, that was something you could never shake. I thought I was stuck with it.

I’d been to plenty of therapists before and never got much out of my experience. I had no reason to think VTN would be any different. But what did I have to lose? So, I went.

When I showed up at VTN, I was the same robot I had been when I left the Navy. I’d been numb for so long that I forgot what it was like to experience emotions.

But when the time came to leave after Phase 1, I actually felt disappointed about going home. Things were bubbling to the surface; emotions I hadn’t felt in years were coming back. I couldn’t identify what was going on, but something was happening inside of me.

I tried—and failed—to figure things out on my own. When I came back for Phase 2, though, everything started to click. That military brotherhood I was missing from the service came back as the clinicians and paras leaned into me and my story.

Every instinct told me to run from the discomfort of it all, but the guys in my group wouldn’t let me. They held me in that emotional place and helped me to process what was going on. They showed me that there was healing on the other side of my hurting. 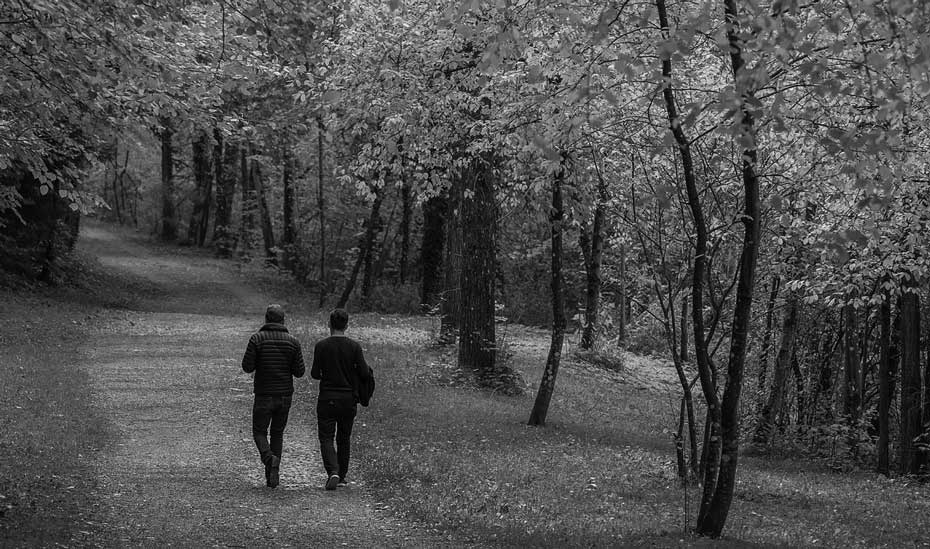 Equipping Me for the Battle

The entire VTN experience was amazing—the brotherhood and the group sessions. That time really helped me work through specific problems and find closure. But, for me, the most significant aspect of VTN was what I could take with me afterward.

Like I said, I went into VTN thinking that PTSD was just something you had to have for life. But in the program, I learned that wasn’t true at all. In fact, the most powerful lesson they taught me was how to experience Post-traumatic Growth.

Before VTN, I’d been imprisoned by my old patterns of thinking and acting. But in the program, they taught me how to identify and break the cycles so that I could re-establish healthier ways of approaching my entire life. Right away, I applied those tools to every facet of my existence. It was tedious at first but, over time, it really and truly set me free.

I’m No Longer Stuck with It

As things stand today, you could sit me down in a clinic, and you wouldn’t find a trace of PTSD in my life. I can hardly believe that’s true. It’s scary to think how easily things could’ve gone the other way. I could’ve left VTN and just said screw it, but I didn’t. I decided that if this was going to work for me, I had to give it everything I had.

I gave VTN everything I had and, in return, the program gave me back my life. That’s why I’m glad to recommend it to every veteran I meet. It’s also why, through my participation as a para, I’ve heard my calling to clinical work. In fact, I started working on my degree in psychology at St. Mary’s last year.

Someday, I want to work with trauma victims. I want to be the guy who’s been where they are, made it through, and can come back to help them find their way. I want to give them what my therapists (before VTN) were never able to give me.

More than that, I want to help their families know how to come around them in their suffering. For all the training and support we give to trauma victims, I’ve learned that we often don’t equip their loved ones to enter into the journey of healing with them. That’s why my partner and I are currently designing a program to meet that very need.

PTSD is real, but it isn’t permanent. There is hope for healing. I’m proof.

Connection
Terry’s group helped him to work through specific issues and find closure.

Post-traumatic Growth
By learning new patterns of thinking and acting, Terry was able to break his old cycles.

Newfound Purpose
Now, Terry and his partner are designing a program to help families of trauma victims become a part of the healing process.