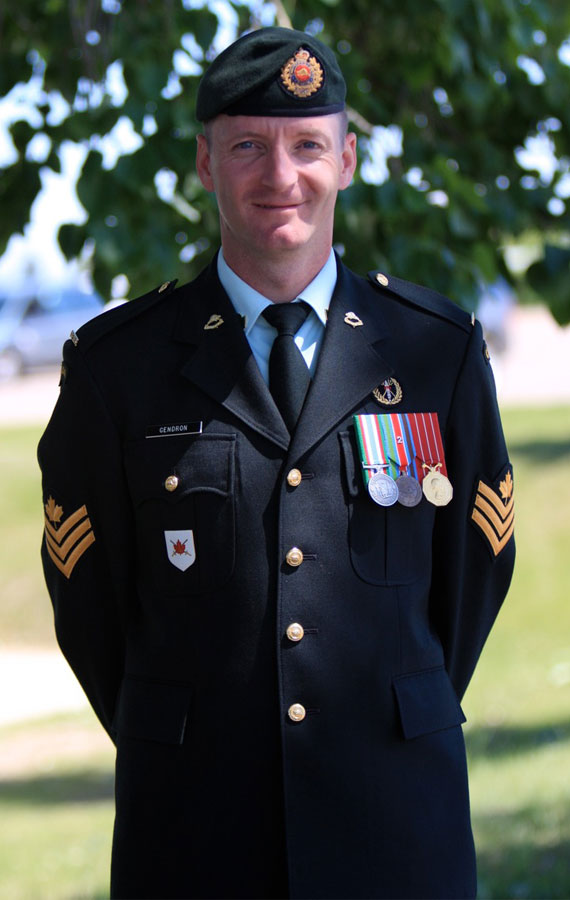 For the first time in his life, Ray is ready to open up to his family about his illness and the experiences that caused it.

For 24 years, Ray served his country with honor. First, as a combat engineer and then as a trainer. Ray brought a level of dedication and excellence to his service that could hardly be matched. His intense personal drive, however, proved to be a double-edged sword. On one side, it made him exactly the kind of soldier you’d want beside you in battle. On the other, it would make it difficult to realize that not everywhere is a war zone.

Ray joined the Army in 1990—less than a year after graduating from high school. What compelled him to join? For one thing, Ray wanted something more than the same old humdrum work that characterized the lives of far too many of his classmates. He craved the sense of adventure that would come with serving his country in uniform. Even better, the high school athlete in Ray saw military service as the perfect way to make a living out of competition and exercise.

When he got to basic training, Ray quickly found out the Army was all that he had hoped for and more. While other guys buckled under the pressure, Ray greeted each new challenge with childlike glee. Not only did the Army provide him with one adrenaline rush after the other, but they even paid him to be there! Perhaps more nobly, Ray came to see his service as a solemn duty to which he owed nothing less than his absolute best. For that reason, he took his training with the utmost seriousness. That commitment to excellence characterized his 17 years as a member of the 5th Combat Engineer Regiment.

In 2007, the Canadian Army decided it was time for Ray to fill a position at the Canadian Maneuver Training Center (CMTC) on CFB Wainwright. It was the mid-2000s, and the recent surge in Afghanistan had led to an increased demand for ground troops. The CMTC specifically functioned as the last stop for soldiers on their way to the Middle East. Ray, as a distinguished combat engineer and veteran of several deployments, was the perfect choice to train these young men before they went to war. What he didn’t yet realize was that, while he trained other men for battle, he would begin to fight an internal war of his own. 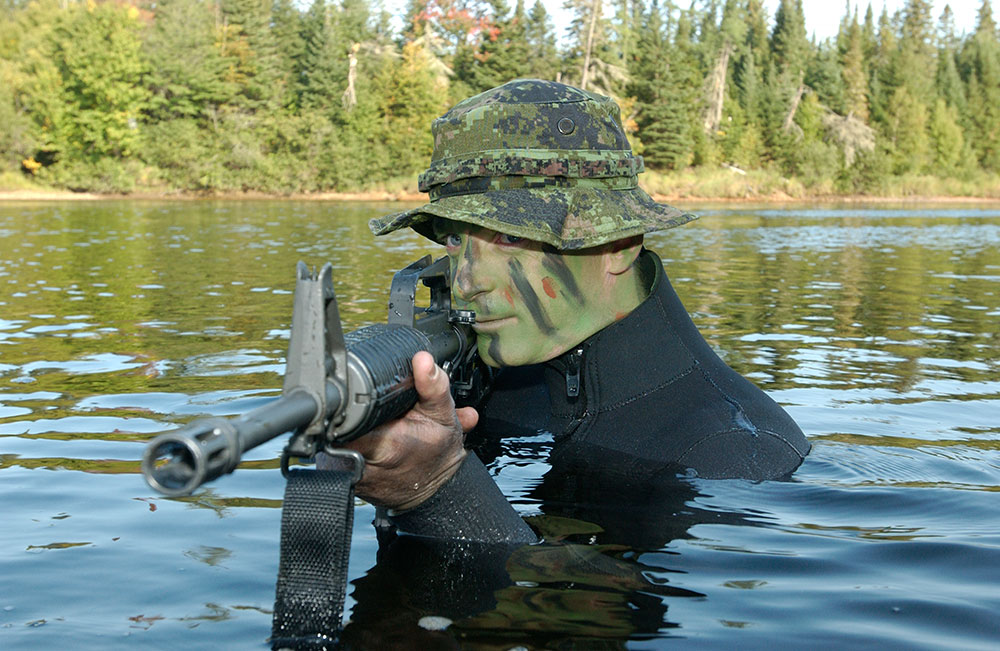 Ray brought his characteristic energy and dedication to excellence with him to Wainwright. As he trained these soldiers, however, his attitude would precariously tread the line between righteous indignation and unmitigated rage. On one particular occasion, he had been training a reserve unit on how properly to navigate a minefield. When he noticed that several of them weren’t taking the exercise seriously, he lost his cool. “Some people were not doing it properly… I saw that, and I was not happy because me, myself, I went to a real one, a real minefield. When I saw that, I wasn’t happy.”

Having served on the front lines of battle, Ray knew the harsh realities of war firsthand. When these reservists slacked off on their training, he took it as a personal insult. If this were an isolated incident, Ray wouldn’t have thought much of it.

A theme began to emerge. When things went well, Ray was a nice guy. If you screwed up—especially in a dorm inspection—you’d quickly see his other side. On the surface, Ray was breaking down more dramatically and more frequently than ever before. And, although his struggles had become obvious to the people closest to him, it turns out they had been riding deep beneath the surface for much longer than he was willing to admit.

It was the winter of 1993. Ray had just gotten back from a tour in Bosnia and had met a lovely young woman named Fannie. One night, he found himself at her apartment during a massive snowstorm. In the silence of that snowy night, the abrupt clatter of a passing snow plow caught Ray entirely by surprise.

“I thought we were attacked… I went by the window on the side to protect myself and look outside. Fannie came behind me. She put her hands on my shoulder, asking me what I was doing there. I took her by the throat. Threw her on the wall and on the bed.”

At that moment, it was as if Ray was right back in Bosnia. He felt the urgent need to protect himself the only way he knew how—with violence. Thankfully, Fannie wasn’t hurt. Ray, on the other hand, continued to suffer from the mental and emotional pain instigated by his time in Bosnia. He didn’t yet have the words to describe it, but years later his therapist helped him to discover that clearly, he had post-traumatic stress disorder (PTSD)—a condition that would follow him for the next 20 years.

Back at Wainwright, Ray’s struggles with PTSD had come to a head. After ‘dealing with’ his issues for 15 years, he had apparently begun to lose control—especially at home. Fannie, the girlfriend we met above, amazingly didn’t leave after that frightening winter evening. Instead, she married Ray and stayed by his side—even through the worst parts of his journey with unacknowledged, undiagnosed PTSD.

A key transitional moment came one afternoon when Ray, tired and looking forward to a little rest at home, was interrupted by his daughter. His little girl’s simple request—that dad cut up some watermelon for her—triggered an intense meltdown. Confused, ashamed, and distressed by who and what he had become, Ray knew that something had to change, but couldn’t yet describe what that ‘something’ was.

For the first time in as long as he could remember, he felt as though he could let his guard down and relax.
In early 2015, Chris Linford—the author of the book Warrior Rising—visited CFB Wainwright to speak. Linford, himself a veteran recovering from PTSD, spoke in a way that immediately resonated with Ray. Afterward, he approached the speaker to discuss some of the things he was experiencing. Along with a number of helpful resources to consider, Linford pointed him to the Veteran’s Transition Network. Having already begun to see a therapist, Ray consulted her about the program and, together, decided that joining VTN would be an immensely healthy step for him to take.

Later that year, Ray attended his first meeting. He was immediately put at ease by the peaceful environment in which he found himself. For the first time in as long as he could remember, he felt as though he could let his guard down and relax. Finally, he had a safe place to work through some of the issues that had been plaguing him. And, he could do it without fear of judgment.

Ray experienced his time at VTN as a season of necessary healing.
Perhaps more than anything else, Ray was helped by the instant camaraderie he developed with his fellow VTN members. His group consisted of 4 participants, 3 therapists, and 1 paraprofessional (a recent graduate tasked with helping to bridge the gap between the veterans and the counseling staff). Ray came to trust these men immediately. Although they hadn’t had the same experiences per se, they had all been through the same types of battles. With one of the guys, he developed a particularly close relationship. They continue to meet regularly, freely sharing their fears and struggles with one another.

Ray experienced his time at VTN as a season of necessary healing. Still, he’s recognized that, to keep moving forward, he has to intentionally apply everything he’s learned—both at work and at home. Since retiring from active duty in 2014, Ray’s gone on to take a civilian position with the Army as a housing technician officer. Even though he no longer puts on the uniform, he still exhibits the same drive for excellence as before. Only now, he’s learned how to dial back some of his more aggressive approaches to enforcing high standards. He is able to put trust in his co-workers, knowing that if he makes them aware of his triggers, they can help. 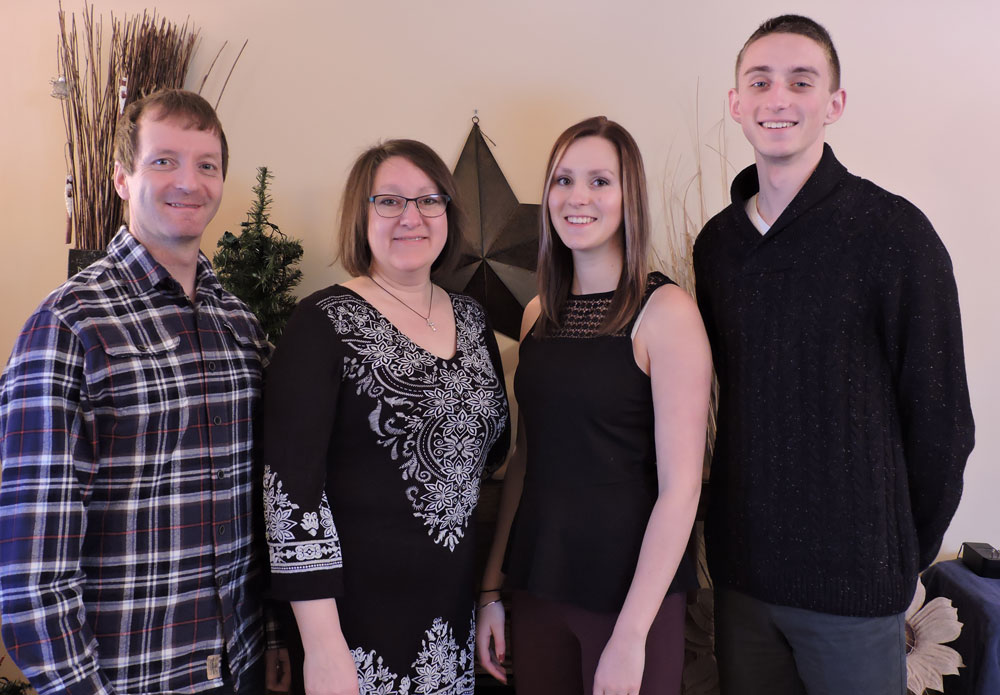 At home, Ray will be the first to admit that the healing process is still ongoing. His wife, Fannie, has faithfully stuck by his side through the deepest and darkest seasons of his struggle with PTSD. Their son and daughter have been there, as well, but have never fully known what was going on with their dad. For the first time in his life, Ray is ready to open up to his family about his illness and the experiences that caused it. It’ll be one of the hardest things he’s ever done. But, for a man so committed to excellence in all that he does, he knows that his family will be stronger because of it.

Postscript: At the time of this story’s release, Ray has taken an extended medical leave to continue working on his healing process, as well as his relationship with his wife & young adult children.

For Ray, the Veterans Transition Program means…
Relief
At the VTP, Ray felt as though he could let his guard down and relax.

Communication
Ray learned how to dial back some of his aggressive approaches for his new civilian job.

Connection
Ray now knows that his family will be stronger because of his ability to open up about his struggles.

You can change lives for people like Ray
Donate Now