Known as “the Flag Guy” among Canadian troops, Popal was a master of materials and budding entrepreneur. Now he hopes to bring his skills to Canada.

Popal ran tailoring operations for the Canadian Armed Forces during their mission in Afghanistan, from 2006 – 2011. His team sewed and mended uniforms and flags for soldiers, including Canadian sports flags (“Toronto Maple Leafs, Montreal Canadians…”) to boost morale. Fluent in English, Popal managed all the communications and translations between soldiers and local workers. 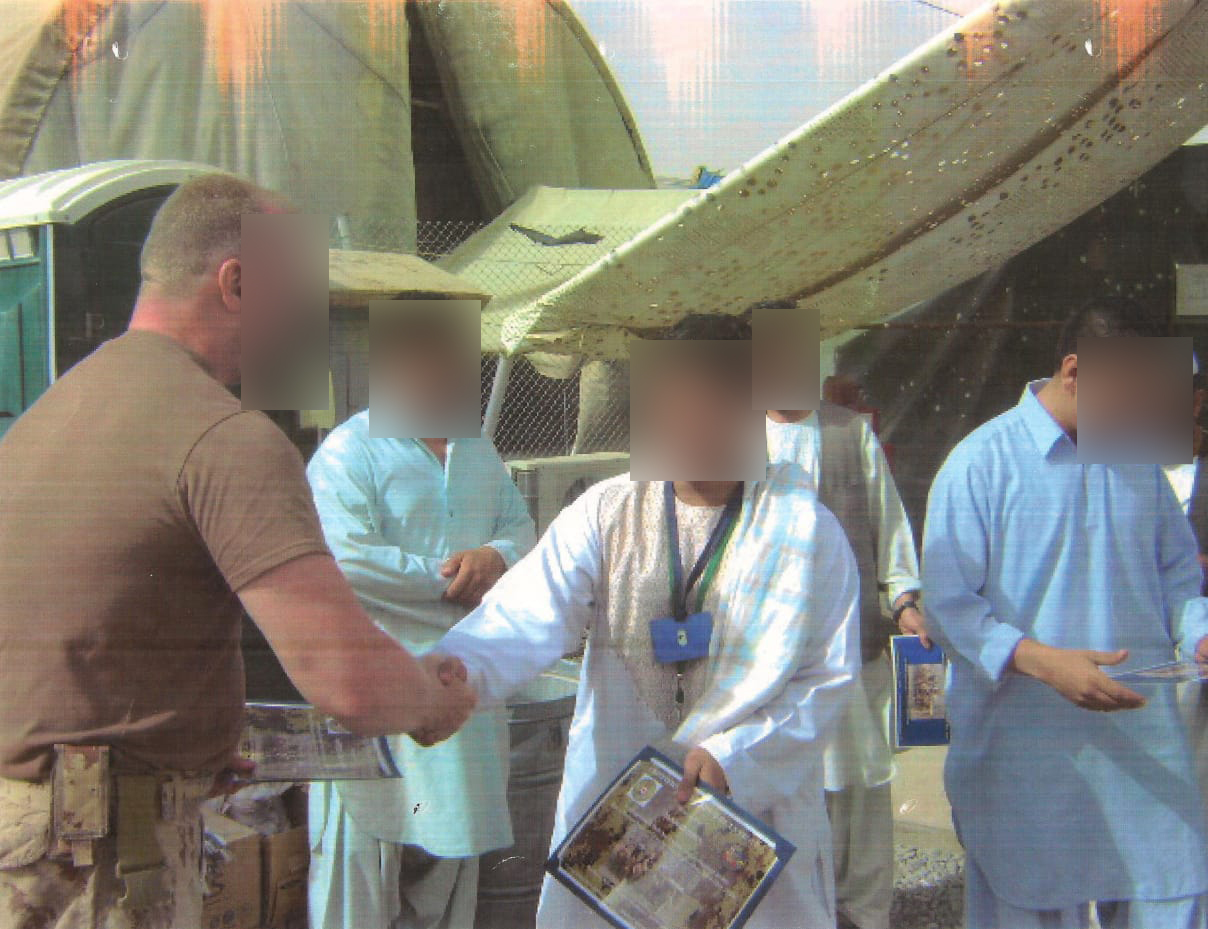 Popal receiving recognition for his work as Tailoring Supervisor with the Canadian Armed Forces.

“I had a good experience with the Canadian army,” says Popal. “I was very happy when they chose me.”

Popal was always passionate about tailoring. He worked as a local tailor before joining CAF, and continued selling his garments at the local Bazaars every Friday and Saturday throughout his time with the Canadian mission.

When the mission ended in 2011, Popal opened his own business as a tailor in Kandahar selling army and police uniforms. 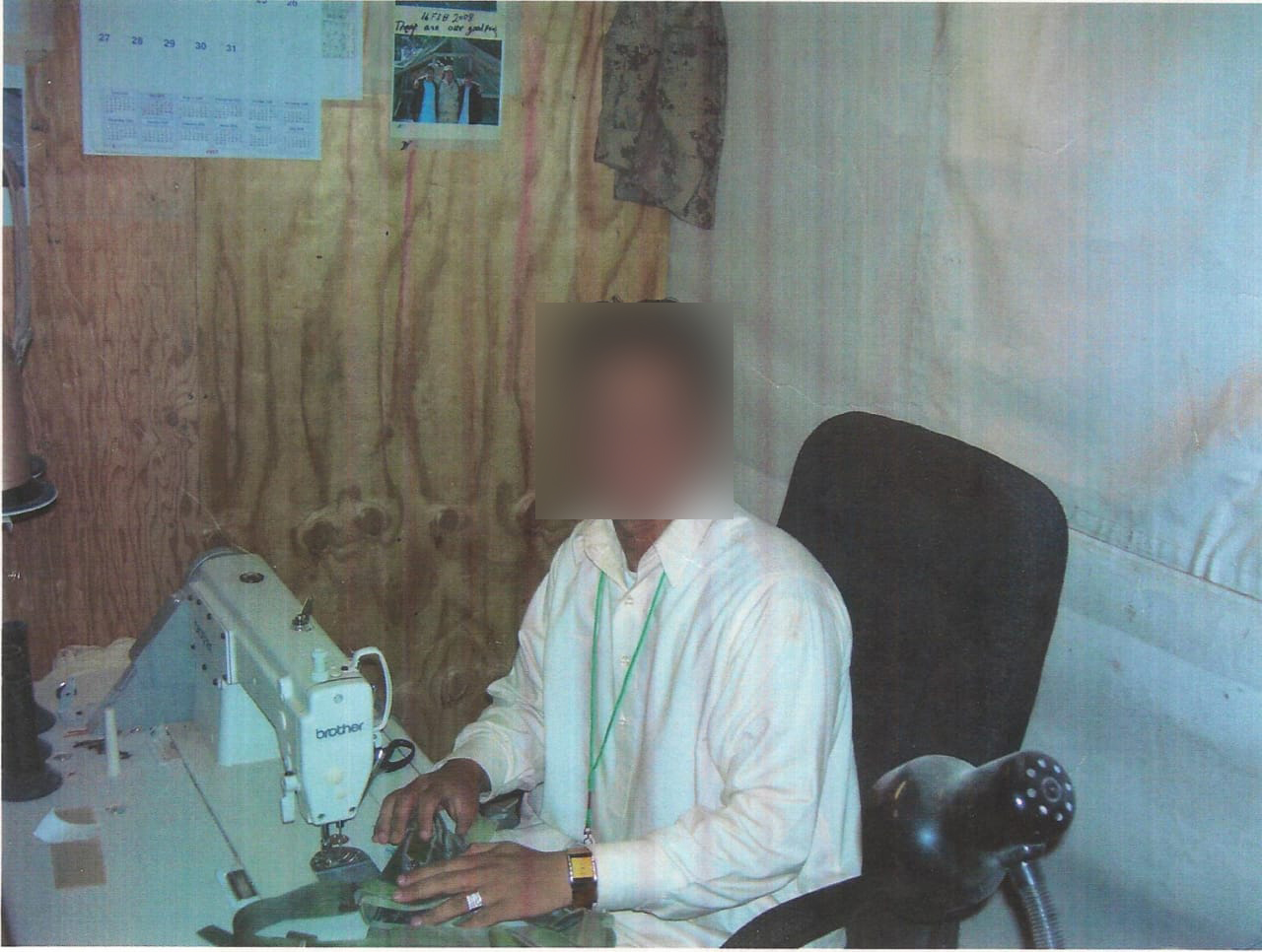 He vividly remembers the day the Taliban took over in August 2021. He was at his shop when his mom called telling him to come home immediately. Popal feared what would happen to him and his family. As the fighting drew closer to Kandahar, he bought a plane ticket to go to Kabul. When they arrived at the airport on the day of their flight, the Afghan National Army stopped them from entering. They were told that all flights were cancelled.

When he went home that night, the Taliban had reached Kandahar.

Popal started working covertly from his home to cover expenses. He was hired by a merchant to sew bags and purses to be sold in the markets. He was able to save enough to pay for his family’s passports. He fortunately received his family’s 12 passports only a week before applications were shut down. With passports in hand, they applied for their visas. It was at this time that he connected with VTN.

“VTN helped me with my applications. They told me when I could cross the border. Once I crossed the border, I felt very safe here. VTN helped me get into a safehouse in Islamabad.” 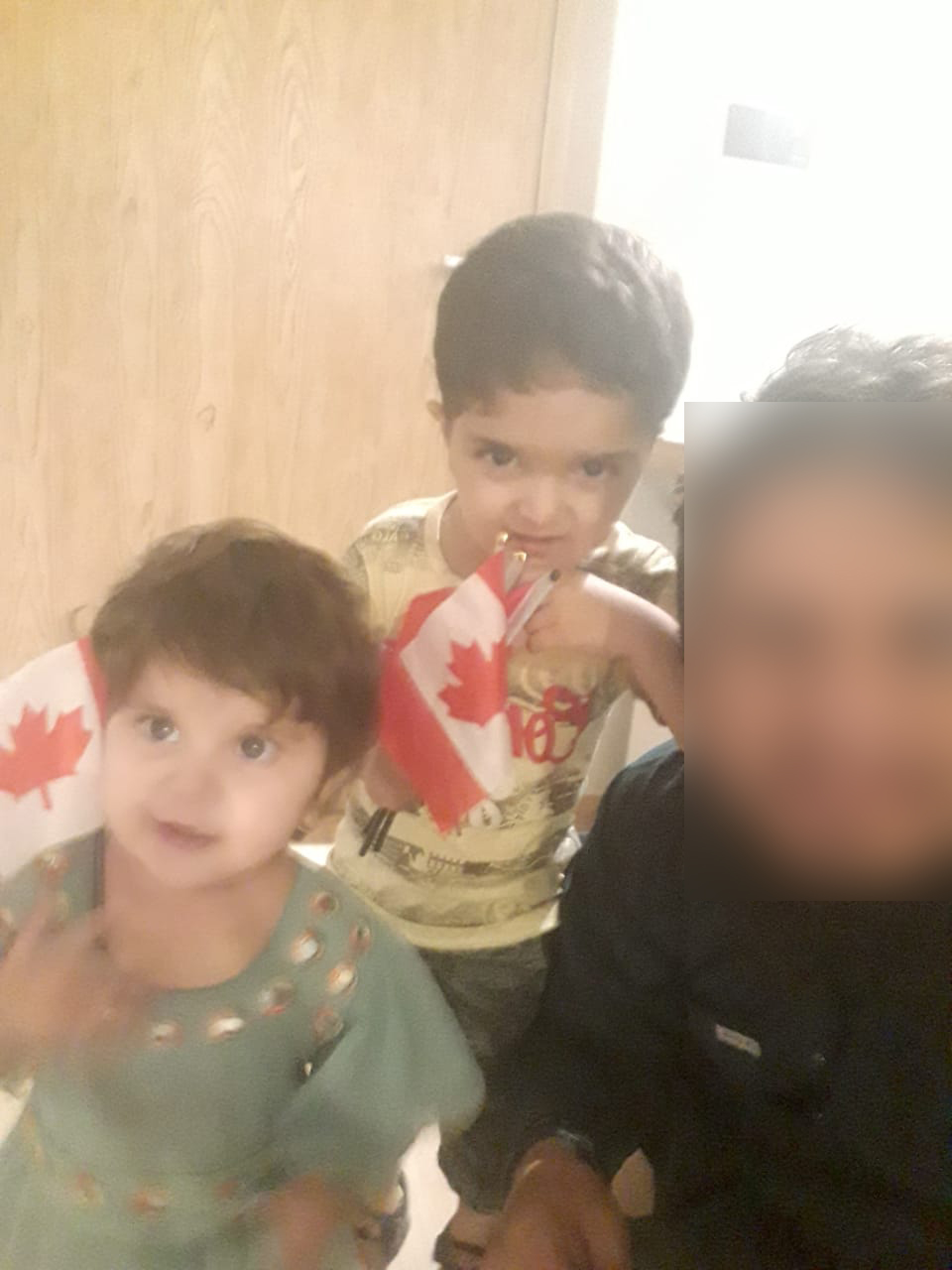 Popal and his kids wait for a flight in their hotel room in Islamabad. 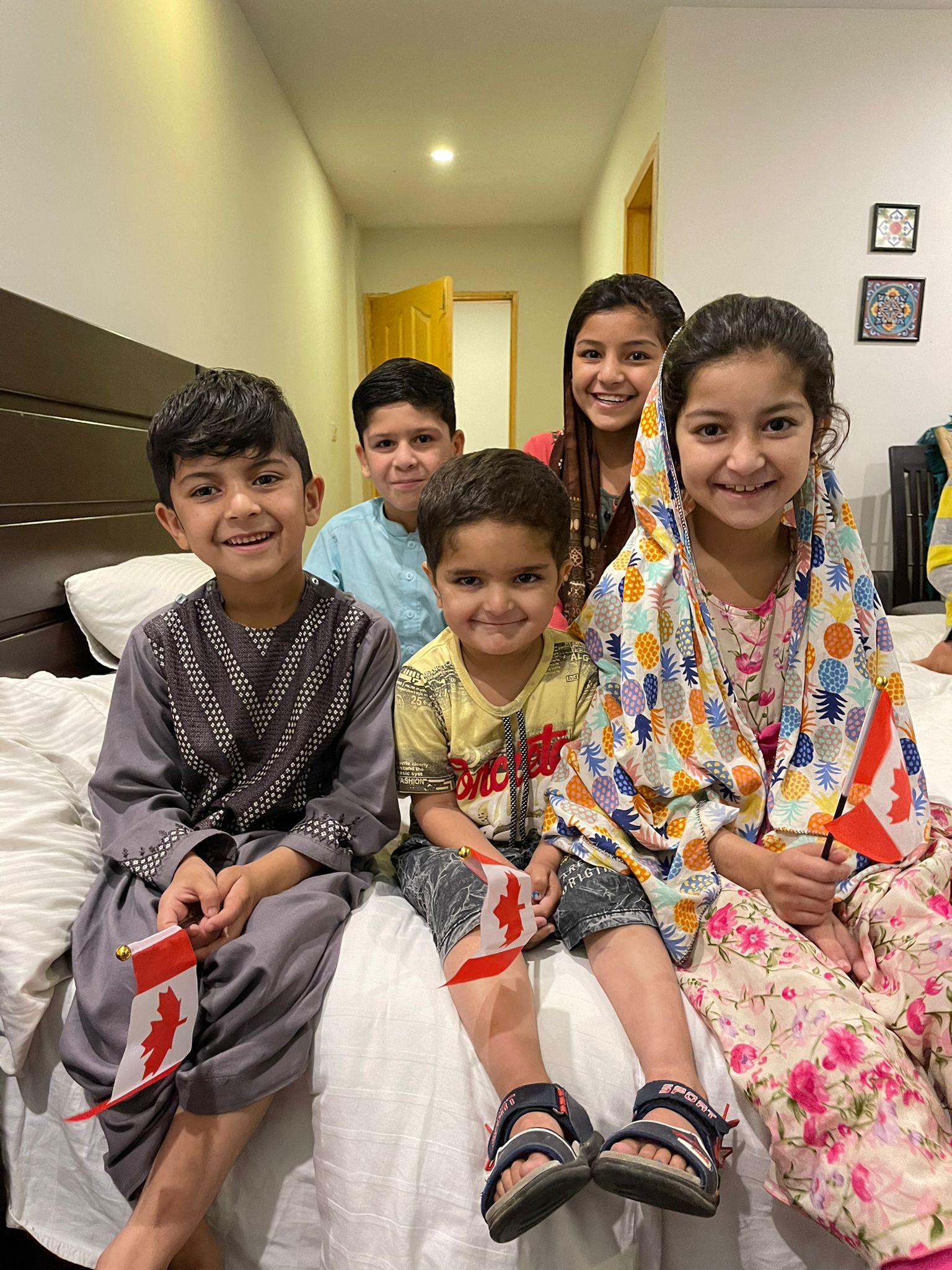 Popal is eager for his kids to go to school in Canada.

“My 3-year-old son asks every day, ‘when are we going to Canada?’ We are all excited to start our new life in Canada.”

Popal’s family have completed all requirements for evacuation but their temporary visas are about to run out. He is eager to start a tailoring business in Canada and for his children to begin school.