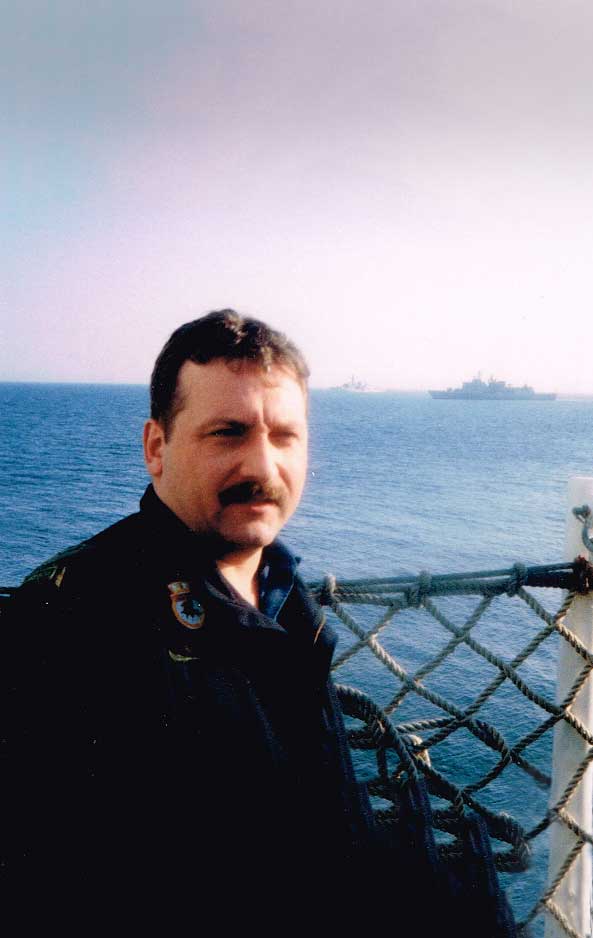 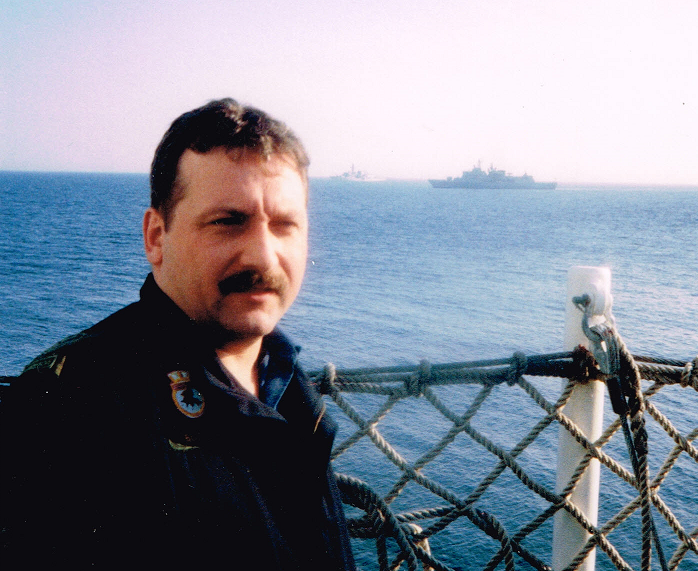 “The VTN gave me a venue that I could not, and will not get anywhere else. It gave me the confidence, motivation, and hope that I need to start taking my life back.”

At the age of seventeen, Greg Butler joined the military. Greg knew that he wanted to serve his country, so he signed up for a life that valued honour and bravery straight out of high school. The military raised him, and it was in those early years that he learned that courage is everything.

Showing weakness was breaking the rule of the soldier.

As the years went by, Greg realized that even showing strength needed strength. After everything that he had seen and done while serving, putting on a brave face was not as easy as he had thought. He began a battle with new enemies – anxiety and depression. But in a place where discussing details about his job was forbidden, Greg felt that details about his emotional health were also not to be shared.

Music was his initial way to cope with the stress in his life. He had first picked up the guitar at sixteen for fun; at twenty-one, he picked it up again as a distraction from his inner turmoil. Eventually, music wasn’t strong enough to take him away from reality, and Greg found himself reaching for alcohol rather than his guitar. 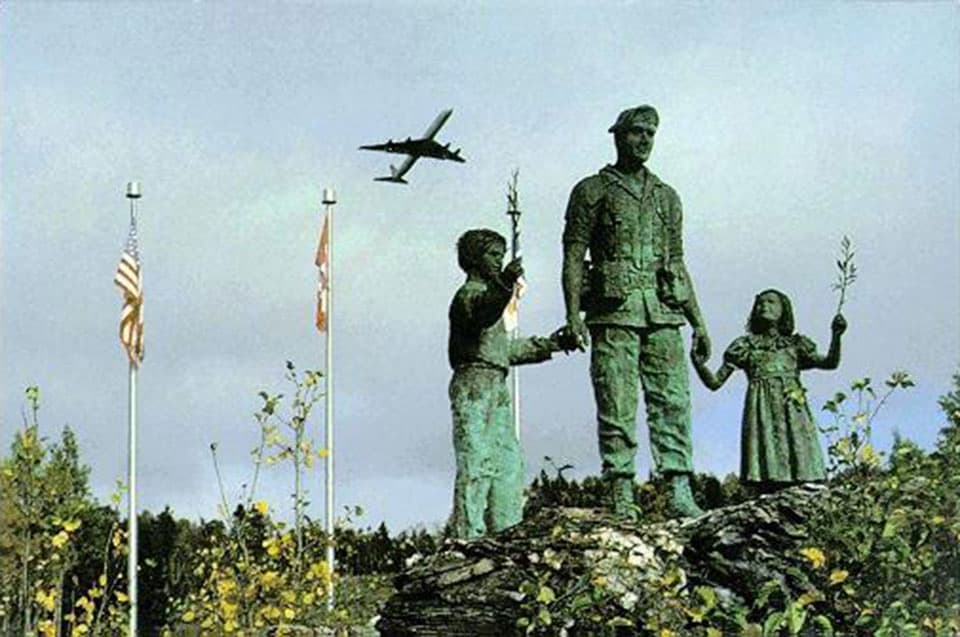 It was December 12, 1985 – a couple of weeks before Christmas – when Greg’s life completely changed. The Arrow Air Flight 1285 was carrying U.S. soldiers back home for the holidays from a peacekeeping mission in the Middle East. Only a few minutes after taking off from a stop in Gander, Newfoundland, the plane suddenly stalled and crashed.


All 256 soldiers and crew members were killed that day, the deadliest aviation accident in Canadian history.


Greg was sent in for the recovery of casualties, and the sight before him was devastating. The explosion left nothing untouched. The only things remaining from the plane were pieces and that was how Greg felt inside – broken into pieces.


The passengers were not just soldiers. They were his brothers.

Inside, a part of him was scared of what would happen if he shared his struggles. Would he be dismissed, taken out of service, sent home where there would be nothing to distract him from himself?

So he kept silent.

At first, Greg couldn’t understand why it was so difficult for him to deal with his problems alone and move on. It seemed as though the rest of his peers had no trouble living their daily lives, so why was he terrified of even closing his eyes at night? The feeling of weakness and shame surrounded him, closely followed by loneliness.

Years went by as Greg continued to struggle alone, until his contract as a reservist finally ended in 2013. After 34 years of combined service, after 34 years of courage and bravery, Greg was forced to begin a new life, bringing with him nothing but the aftermath of his battle. Work was no longer there to briefly erase his anxiety. When the nightmares came back with renewed strength and power, he could only rely on one thing for relief – alcohol. However, the more he consumed alcohol, the more the anxiety consumed him. Greg’s life was spiralling out of control, into a dark hole of helplessness.

Protect – that was what all soldiers were trained to do. Greg simply wanted to shield his common-law spouse and both children and stepchildren from the darkness in his head, so he hid his thoughts and emotions. When that was not enough, he hid himself. The avoidance of relationships led to solitude, where the world around him was grey. Every time she would try to approach him, he would have the same routine – get angry, end the conversation, walk away. Drink.

It was a routine of weakness. As the suicidal thoughts grew, Greg knew that without a change of direction, this path would lead to self-destruction.

Greg finally decided to have the conversation with his spouse. Enough was enough. After a long chat in the kitchen one day, the barrier he had built around him for years came tumbling down. He let someone into his world and revealed all those secrets he had kept to himself. To Greg’s surprise, she did not judge him or get angry. She instead told him that they would work through this together. He was not alone. To hear that someone else was worried about him opened his eyes. That day, Greg felt a weight being lifted off his shoulders. 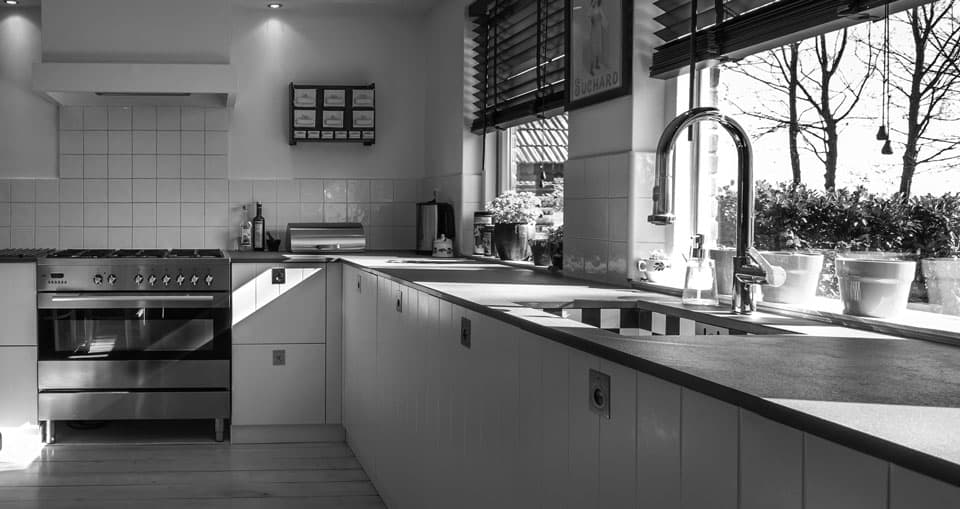 With the support of his family, Greg found the courage to begin seeing a therapist, which quickly led to a diagnosis of Post-Traumatic Stress Disorder. Greg, shocked, never considered it as an option; even denying it at first. After all, he wasn’t a combat soldier. He wasn’t in the midst of the action. He couldn’t even begin to imagine what those soldiers had been going through. Feeling as if he was the only one unable to cope with his experience, Greg was embarrassed that he could not simply get over it.

Greg went on with therapy, but he knew something was missing. Although he faced his struggles and learned coping methods for his anxiety, for some reason, he could not move on.

“I could not let my career go. I was constantly reliving much of the trauma I had experienced while serving. I was distant from myself and my family. I had no interest in doing the things that I loved to do. I didn’t feel safe to go anywhere and watching the news was just one trigger after another. I was still carrying many horrifying bricks on my back.”

The Veterans Transition Network was an option that he had heard from other veterans as being a challenging yet worthwhile program. The choice wasn’t easy: the anxiety in Greg was telling him that he would have no place among combat soldiers and that he would only be judged by them. Not only was he held back by his anxiety, he was also crippled with the numbing fear of having to face the darkness in him. Was he strong enough to revisit the traumatic places of his past? To find the root of his nightmares?

Despite these fears, Greg decided that this was something he needed to finally put the past behind him. In September 2015, Greg took the next step with the Veterans Transition Network.

Within the first day, he knew that he was in the right place. He immediately sensed an atmosphere that fostered a sense of belonging. As Greg listened to other stories, he felt a connection to each and every one of them. He realized that it didn’t matter who he was or what he did or where he was from. They were all service people. They were all struggling. Their experiences were all different yet so similar.

Just like on the field, it was soldiers helping soldiers.

When it was Greg’s turn for Therapeutic Enactment, where he would have to confront the source of his anxiety, he thought about quitting several times. “It was one of those dark places that I had been avoiding. I had to find a way to rid myself of those horrifying images and debilitating thoughts that have haunted me for over 30 years. It was absolutely the most terrifying revelation for me but I had to go there. If I was going to try and move forward, it had to be done.”

Despite being reluctant and fearful of the process, Greg realized he would not be going through it alone. After spending decades fighting this battle by himself, for the first time, he had the support of the lead team and a group of brothers to help him overcome this struggle.

“The whole evolution was at my pace and though I had never felt so out of control, I was in total control.”

His anxiety and guilt faded away.

Greg’s life soon began to improve. The vivid nightmares that used to keep him up at night disappeared. He rebuilt his relationship with his family after learning to accept his emotional side. Understanding they too have made sacrifices. After years of rarely touching his guitar, he finally began to play again. Day by day, Greg slowly healed his wounds from service.

Even now, Greg sometimes suffers from the anxiety that haunted him for decades, but when he feels it crawling back to the surface, he calms himself and moves on. No longer does he use alcohol to numb his emotions – he instead faces it head-on.

At the Veterans Transition Network, Greg learned that embracing his sensitivity and vulnerability was not a weakness at all. It was a sign of strength. 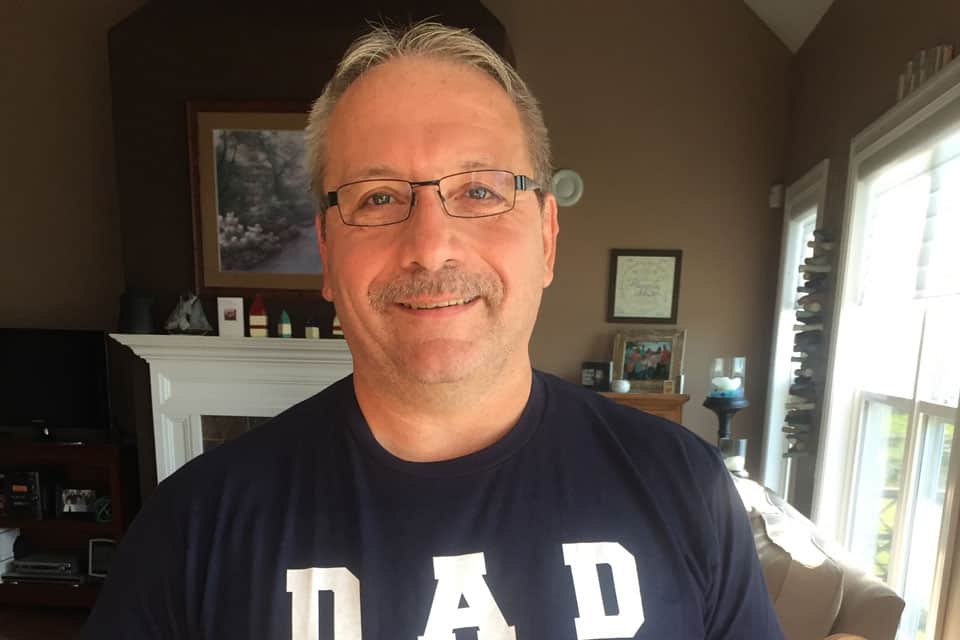 “It was as if a fog had been lifted. I was in a state of euphoria. I saw things differently. I was motivated and happy. I had dropped a brick from my back. I was ready to move on with my journey. I had achieved my goal and had developed an even stronger bond with some very brave men.”

“The VTN changed me. It gave me a better understanding how PTSD affects the mind both physically and psychologically. It gave me more effective communication skills that have benefited me in both my personal and professional life. I now understand what my body is telling me and now have the strategies to calm it when needed. I have yet to have nightmares and am sleeping much better. I am now shifting my focus to me and my family. It reconnected me with my heart and my emotion.”

“The VTN gave me a venue that I could not, and will not get anywhere else. It gave me the confidence, motivation, and hope that I need to start taking my life back. I now understand that I never was, nor ever will be – alone.”

For Greg, the Veterans Transition Program means…
Understanding
Greg now has a better understanding of how PTSD affects the mind both physically and psychologically.

Communication
The communication skills Greg learned have benefited him personally and professionally.

Hope
Greg now has the confidence, motivation and hope to take his life back.

You can change lives for people like Greg
Donate Now