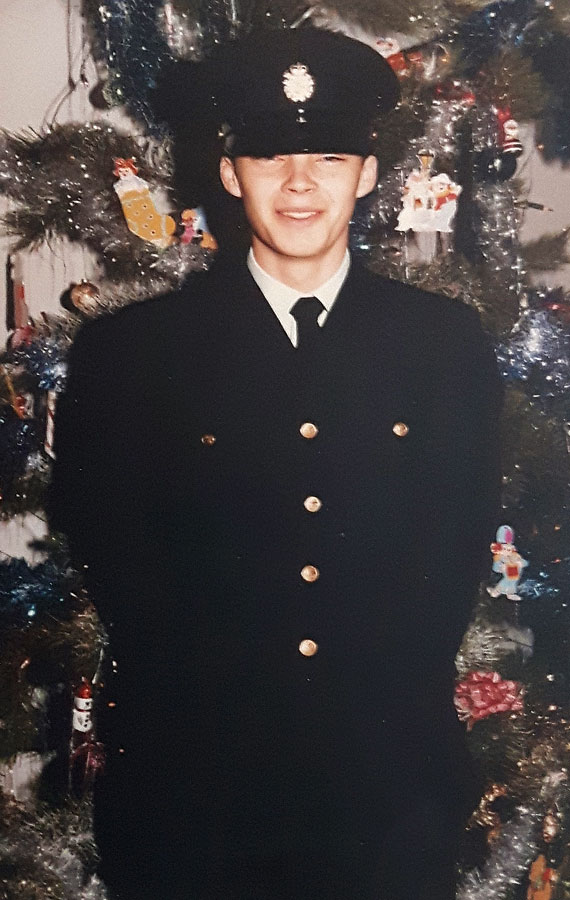 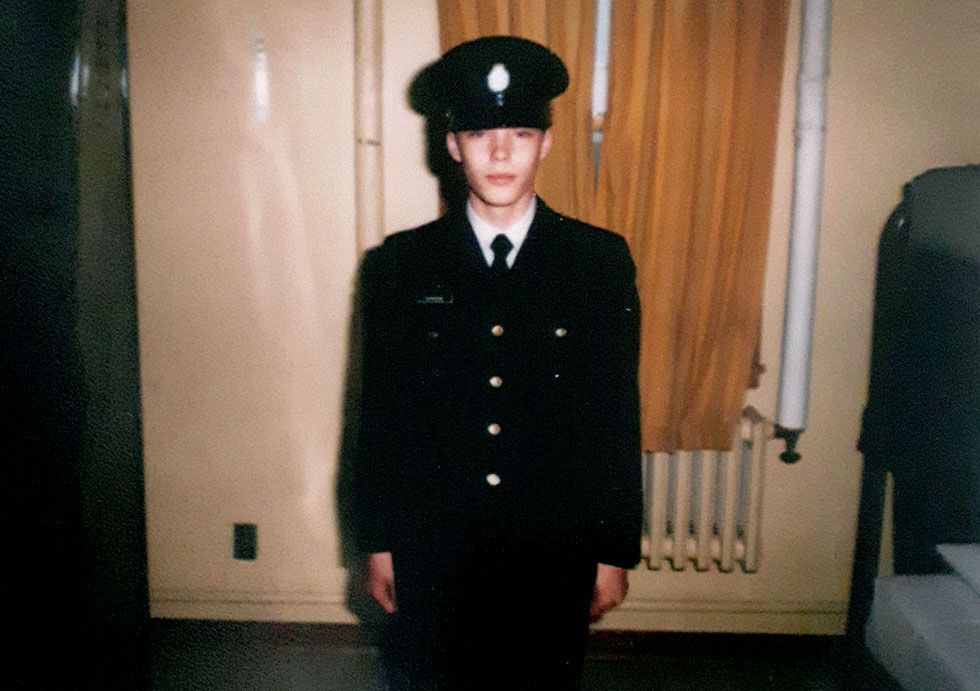 There, in that small circle of men, Cliff found the brotherhood he had been seeking ever since he was 17.

There’s an old Hebrew proverb that says, “A friend loves at all times, and a brother is born for adversity.” Anyone who has served in the military knows what it’s like to experience a profound brotherly bond with his fellow soldiers. Nothing binds men together more closely than putting on the same uniform and marching into battle together. But what happens when that bond is violated? What do you do when the men who are supposed to be your brothers treat you more like an enemy? How do you ever overcome that betrayal?

Cliff H. was born in 1963. At the tender age of two, he was wrenched out of his comfortable home by his father. Having just found out that his youngest son—Cliff’s brother—was the product of adultery, this grief-stricken man took his only biological son and moved out in a fury. Unable to cope with the stress of his newfound single parenthood, the man surrendered his boy to foster care and receded into the shadows.

For the next eight years, Cliff would bounce from home to home until one day his father decided to take him back in. Not surprisingly, their relationship from that point forward was less than ideal. At the age of 16, Cliff ran away from home and stayed with his aunt for an extended period. He would eventually return home to finish the 10th grade. At the age of 17, however, he was ready to move on for good and joined the Canadian Army.

Since he was underage, Cliff needed his father to sign him over to the Canadian Forces. His dad, eager to see the rebellious teen become a man, gladly signed on the dotted line. Even so, there was more to Cliff’s decision to join the Army than simply getting away from his dad. He was looking for something he had lost very early in life—brotherhood. He would watch TV shows and war movies longingly, wishing that he could someday experience the bond he saw between brothers-in-arms.

When Cliff arrived at basic training, that fantasy quickly faded away.

Cliff joined the Canadian Army at the beginning of the 80’s—a scandalous period in the history of the nation’s armed forces. His training unit had particularly been affected by rampant physical and psychological abuse. In the six months he was there, five of his fellow trainees committed suicide.

While he was never tested to the point of taking his own life, Cliff suffered more than his fair share of physical abuse during this time. Due to a mishap near the very end of his first pass through basic training, he was forced to start over from the very beginning. On his second time through, the powers-that-be gave him senior duties ahead of 100 other recruits.

As a mere 17-year-old boy, Cliff was given senior duties ahead of a group of kids who did not want to be led. For three months, they rebelled violently. Their weapon of choice—the blanket party. For those fortunate enough to have never heard the term, a blanket party is when a group of guys sneaks up on someone while they’re sleeping, restrains them with a blanket, and proceed to beat that person senseless. Instead of ratcheting back such abuse, the men in charge of Cliff’s oversight and training only encouraged it, sometimes joining in themselves. Cliff went on like that until he finally managed to graduate and move on to Canadian Force Base Borden for technical training.

Although the abuse was now over, Borden was still difficult for Cliff. He was barely 18 years old when he got there. He had never worked a job in his life or held any real responsibility outside of high school. He’d never had any money, let alone a bank account. But here, he was expected to grow up and become an adult—all in a matter of weeks. There were no mentors to help him make this rapid transition. Even if he’ wanted it, his father would have been no help here either. Cliff was completely on his own.

Along with these growing pains, Cliff still suffered from the trauma he’d experienced in basic training. Scarred by his midnight beatings, he struggled to sleep soundly through the night—a condition that sticks with him to this day. He’d often oversleep, then arrive late to work, and end up being severely disciplined for his tardiness. To save himself from the ire of his superiors, Cliff would force himself to stay awake at night. As a result, he’d go entire weeks with only 15-20 minutes of sleep per night.

That kind of sleep deprivation will wreak havoc on your psychological well-being. At work, Cliff especially had a hard time. Eventually, he found himself on the wrong side of his commanding officer—a man who would later be forced to resign for habitually persecuting Canadiens Anglais like Cliff. Still, this officer got what he wanted and had Cliff kicked out of the army. Thankfully, a personal relationship with the base commander allowed him to be honourably released.

Cliff’s short stint in the military was, for him, little more than a dark season of betrayal. He had joined in search of brotherhood, but all he found was a corps of bullies who cared about no one but themselves. Though he did benefit from the kindness of one man, his base commander, at best, was a golfing buddy—not an actual brother like the ones Cliff had remembered from TV.

Cliff’s departure from the Army in 1983 ushered in a new season of isolation. Ashamed of the fact that he had never seen battle, Cliff struggled to identify himself as a veteran. He was afraid that if he did, a “true” combat veteran would find out and judge him for it. For that reason, he refused to reach out to Veterans Affairs and other veterans’ service organizations for support.

In 2013—30 years after Cliff left the army—this all finally began to change. At a Remembrance Day ceremony, a retired soldier warmly encouraged him to come over and take his place amongst his fellow veterans. For the first time, Cliff felt a glimmer of that brotherhood had sought when he joined. And, finally, he started to admit that he actually was a veteran.

A few years later, Cliff found himself at the BC Legion looking for help with a few forms from VAC. At this point, he had already been working with a therapist in connection with the University of British Columbia. As he spoke with one of the volunteers about his PTSD, another volunteer overheard him and came over to tell him about the Veterans Transition Network. Cliff was immediately intrigued and, within a week, was signed up and ready to attend his first session.

If you had caught Cliff a decade ago, he probably wouldn’t have been ready to step into something like VTN. But now, after coming to terms with the fact that he had served his country and having worked through some of his issues with a counselor, Cliff was ready to give it a shot. Still, he was apprehensive about the group therapy setting at VTN. He wondered what would happen when he ended up in a circle with guys who’d actually seen battle. Would they take him seriously? Would they see him as an imposter? Would he be ostracized from the group and left to relive all the isolation and loneliness he had experienced over the past 30 years?

This time, when Cliff’s imagination collided with reality, the outcome was the exact opposite of what he experienced when he first joined the service. The men welcomed Cliff in with open arms and treated him like the brother he was. There, in that small circle of men, Cliff found the brotherhood he had been seeking ever since he was 17.

One of the most powerful moments in Cliff’s time with VTN came when he shared his experience in basic training. After opening up and telling the story, one of the men turned to him and offered a heartfelt apology for what he had suffered. Although this man had not personally been there to abuse Cliff, he acknowledged that he too had been every bit the bully that Cliff’s tormentors had been. In a powerful moment of healing and reconciliation, Cliff embraced this brother and forgave him.

During his time with the VTN, Cliff was forced to confront some hard truths about his life. As traumatic as basic training was, it wasn’t the actual source of his psychological woes. For that, he would have to reach back into his childhood. He had never gotten over his mother’s unfaithfulness, his sudden departure from that home, and the ‘normal’ family life that had been ripped away from him. His father’s abandonment, as the culmination of the traumatic childhood experience, became the original sin that would mark Cliff’s entire life. At VTN, he finally had a chance to wrestle with those demons, to name them for what they are, and to begin the hard work of moving forward. 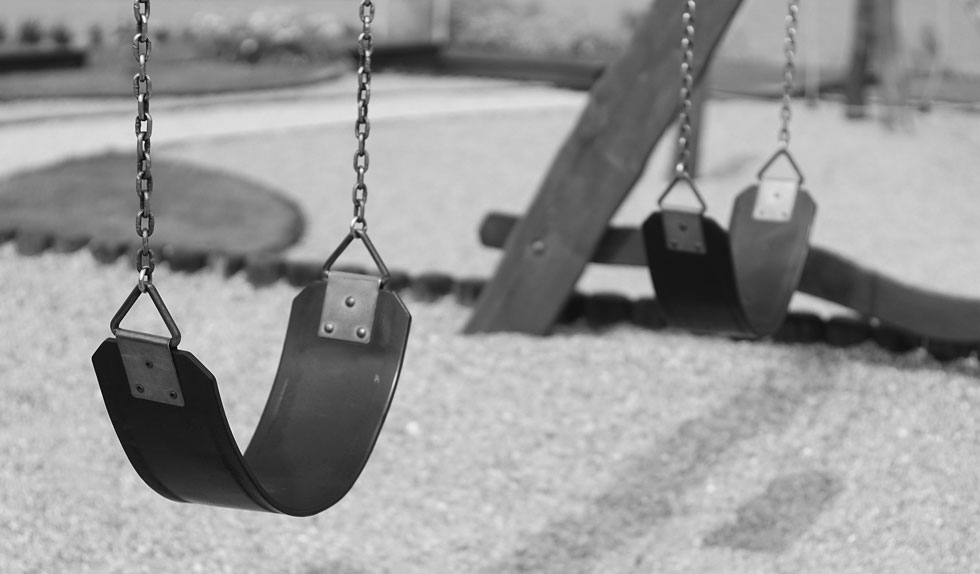 Today, Cliff’s life is anything but easy. Due to a serious motorcycle accident in 1986, and a long-time battle with Crohn’s disease, he’s been in the operating room 49 times. He has to wear a fentanyl patch around the clock to deal with chronic pain. This incredibly powerful pain killer may help take the edge off the pain, but it also wreaks havoc on his mind. He’s hoping that, with time, the doctors will let him transition to a comparatively mild form of treatment, such as medical marijuana.

His physical struggles notwithstanding, Cliff still manages to remain physically active. In fact, he spends most of his time teaching courses on wilderness survival. In addition to showing people how to find shelter, build fires, and forage for food, Cliff focuses especially on cultivating a mindset for wilderness survival. It turns out that when you’re all alone in the woods, your thoughts can be your own worst enemy.

In many ways, Cliff’s entire life has been one long trek through the wilderness. He’s had no choice but to learn how to survive on his own. Thanks to VTN, he no longer has to make that journey in isolation. Though he still faces much adversity in life, Cliff’s finally found a faithful band of brothers to carry him through.

Postscript: A year after the original interview, Cliff was able to switch to medical marijuana. Since Sep 04, 2017, he has been fentanyl-free.

For Cliff, the Veterans Transition Program means…
Brotherhood
At the VTP, Cliff was welcomed with open arms and found the brotherhood he had been seeking since he was 17.

Reconciliation
Cliff was able to come to terms with his bad experiences during training by connecting with fellow participants.

A chance to move forward
At the VTP, Cliff was able to confront demons from his childhood and name them for what they are.

You can change lives for people like Cliff
Donate Now