“It comes down to luck and we have not been lucky, but fortunately, we are in the Safehouse here. If I was in Afghanistan, I would be destroyed. The happiness that we had in our home is already gone. Everything is gone. The only hope and dream we have right now is to live in Canada. We need to start our new life in Canada. Our turn will come.”

Ahmad’s positive attitude and humour helps him get through his hardships. This past year, he has gone through some of his toughest challenges, and his journey isn’t over yet. He is still waiting for his flight to Canada. 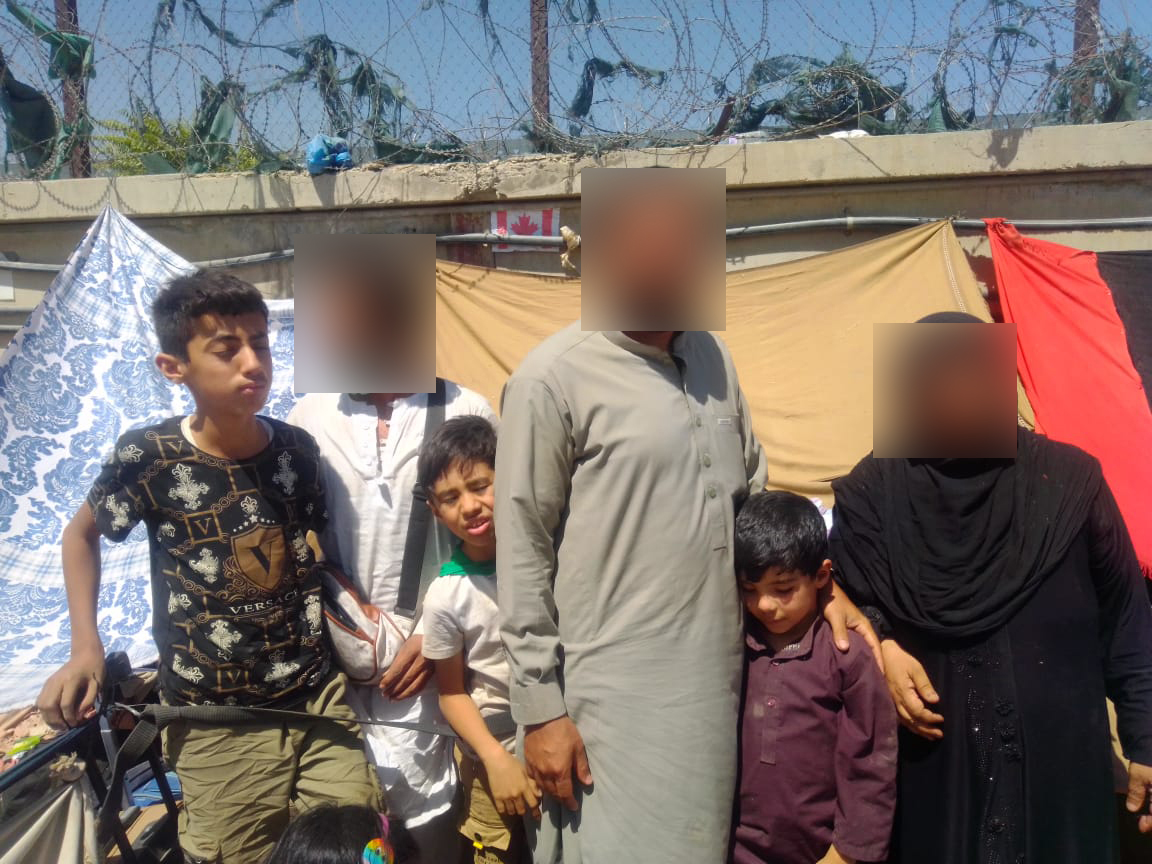 Ahmad, his wife Susan, children, brother and mother waited at the Kabul airport under the Canadian flag with their gate passes, but were turned away.

From 2006 – 2008, Ahmad worked as a security guard with the Kandahar Provincial Reconstruction Team – a key element of Canadian operations in Afghanistan. In 2008, he joined the coalition forces as an interpreter at Kandahar Airfield and was with them until 2016.

When the Taliban came to power in July 2021, Ahmad was living in Kandahar. His father advised him to leave for Kabul, where he may have a better chance of survival.

The Taliban showed up on his parents’ doorstep looking for him. They killed his father, then destroyed his parents’ home. He tears up when talking about the tragic loss of his father at the hands of the Taliban. 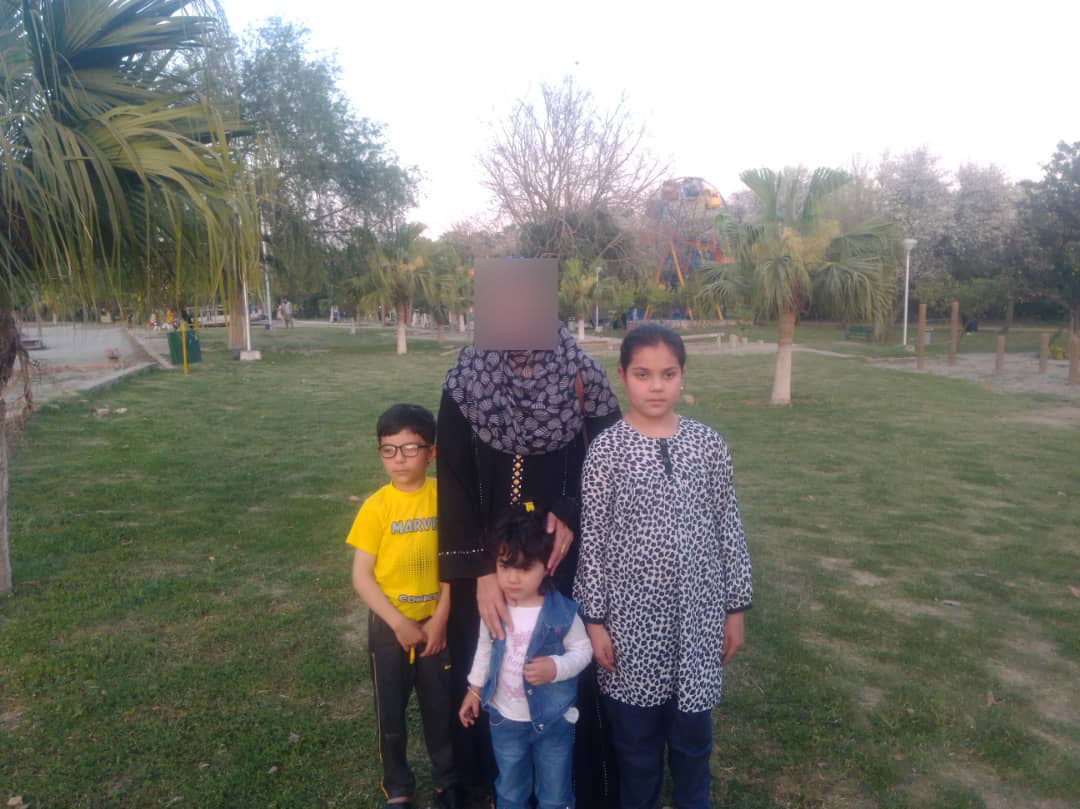 His wife Susan and their children in Afghanistan before the Taliban took over.

Desperate to evacuate, Ahmad applied with IRCC. He received gate passes to the airport for himself, his wife, his 3 children, his young brother and his mother. They arrived, along with thousands of others. They stood under the Canadian flag and waited for the flight they were promised.

On August 24, after several days of little sleep, food or water, they were told that the operation was over and they had to return home. His children became ill from dehydration and lack of food. He took them to the hospital where they underwent treatment for 5 days. After the children were released, they all stayed in a VTN safehouse for months before returning to a relative’s home.

It was during this time that he was contacted again by VTN. His mother and brother were approved for a flight from Kandahar to Kabul, as well as the border crossing to Islamabad. One month later, Ahmad, his wife and his children were also approved for evacuation to Islamabad.

“Crossing the border was really horrible and risky, but I appreciate and want to give a special thanks to the VTN and donors who supported us. VTN provided the facility after we crossed the border. It was full of risk. When we got to Pakistan, I took a long breath and thought, we are finally safe.”

Ahmad was reunited with his mother and brother in the hotel. Many tears were shed when his mother saw him in Pakistan. 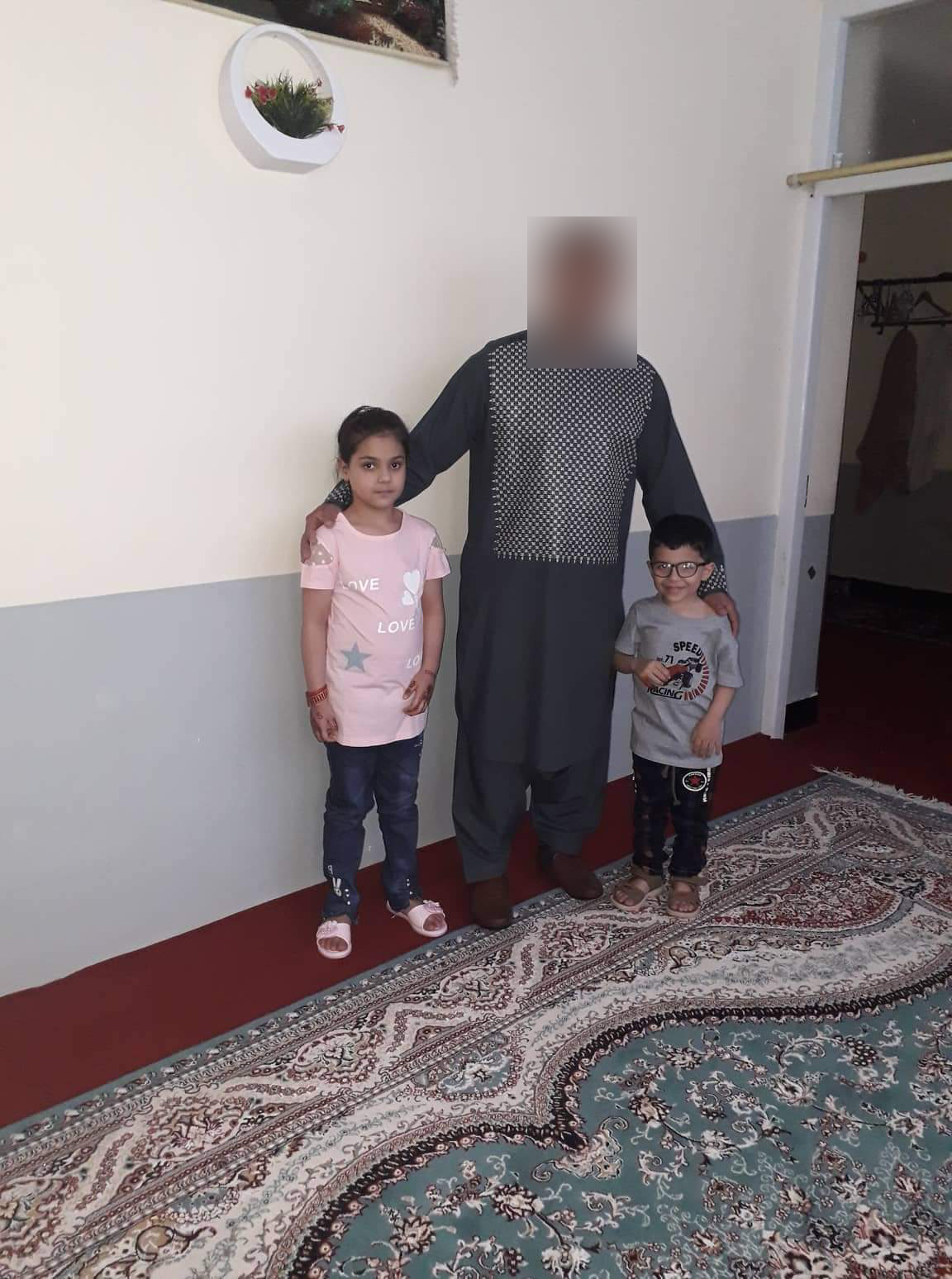 Ahmad and his kids wait in the hotel in Islamabad.

Ahmad still anxiously awaits to hear from IRCC about the final flight to Canada. He has completed all the necessary steps for his application and has received approval to immigrate. When his children ask why it’s taking so long, Ahmad responds that Canada is making extra time to prepare for their arrival since they are special. 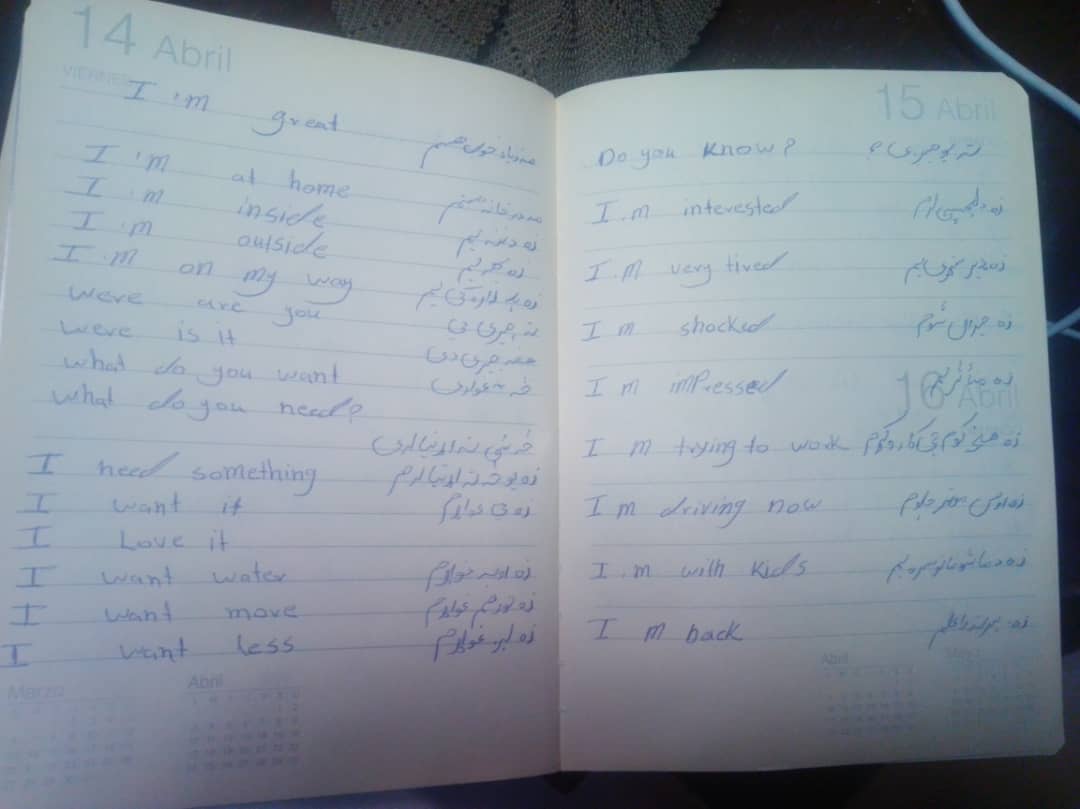 His wife Susan is studying English daily as they await travel to Canada.